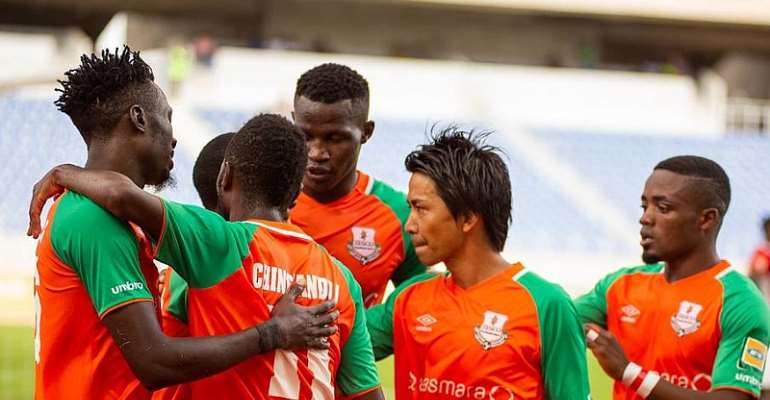 Tunisia have become the second elite African league after Morocco to restart amid the coronavirus pandemic and four-time African champions Esperance stretched their lead to 12 points by winning.

But Zambia, which resumed in mid-July, will end their season this Thursday due to a surge of Covid-19 cases, having completed only 27 of 34 rounds.

Algeria have cancelled their championship while Tanzania, the first Africa country to restart after shutting down in March, crowned FA Cup winners.

Here, we look at the situation in five countries ahead of highly anticipated restarts in Egypt and South Africa this week.

Esperance came from behind to defeat mid-table Soliman 2-1 and increase their lead to 12 points in the Tunisian Ligue Professionnelle 1 to 12 points with nine rounds to go.

All the goals came during the first half with national team forward Taha Yassine Khenissi scoring the winner for the 'Blood and Gold' 11 minutes before halftime.

CS Sfaxien from Mediterranean industrial city Sfax were held 1-1 at bottom-half Tataouine, who levelled eight minutes after falling behind during the second half.

Monastir lie third, three points behind Sfaxien, after drawing 0-0 at home to fifth-place Club Africain, who have conceded only five goals in 17 league matches.

Napsa Stars are one victory away from a first Zambia Super League title after overcoming lowly Buildcon 2-0 through a brace from Collins Sikombe.

Napsa are poised to succeed despite 19 of the staff testing positive for Covid-19 – the second most affected team after Rangers with 28 cases.

The alarming number of cases and the failure of some clubs to follow health protocols resulted in officials shortening the season.

The north African nation is among the hardest hit by the pandemic and has decided not to resume league and cup competitions that were shut down early in the year.

An average-points-per-game system was used to decide final placings in the Algerian Ligue Professionnelle 1 and table-topping Chabab Riadhi Belouizdad were declared winners.

It is the first time since 2001 that the Algiers club have won the league and qualified for the Caf Champions League.

Belouizdad will be joined in the elite African club competition by runners-up Mouloudia Alger while third-place Entente Setif go into the second-tier Caf Confederation Cup.

Mozambican Luis Miquissone and John Bocco scored for Simba during the first half before a packed crowd that did not practice social distancing.

Edward Manyama halved the deficit on 56 minutes, but Namunga had to settle for the consolation of competing in the Confederation Cup for the first time next season.

In mid-June, Tanzania became the first African country to restart a league halted by the coronavirus.

A thrilling struggle for the title is developing between Casablanca arch-rivals Raja and Wydad after the season resumed last Monday behind closed doors.

While Raja have collected seven points from three matches since the resumption, Wydad were held 1-1 at home by fourth-place Mouloudia Oudja in their lone appearance.

Raja and Wydad are also eyeing African glory with both clubs having reached the semifinals of the 2019-20 Caf Champions League along with Egyptian giants Al Ahly and Zamalek.