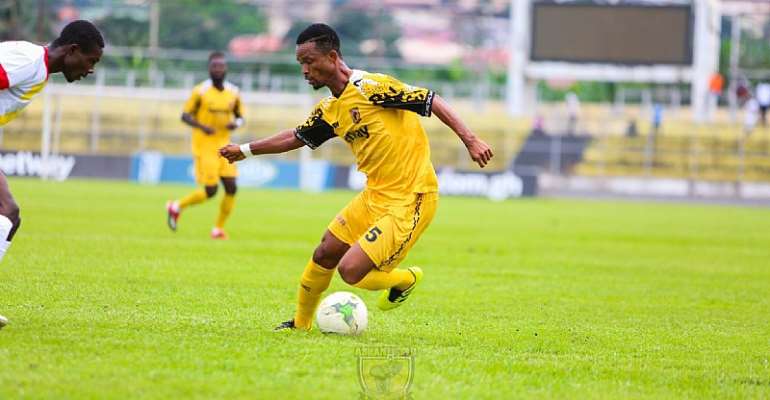 Highly-rated defender, Richard Osei Agyemang has reaffirmed his commitment to Obuasi Ashanti Gold SC after signing a new 3-year contract with the club.

The experienced defender joined the Miners in 2017 but has seen his initial contract with the team expiring at the end of last month.

In a bid to keep him at the club, Ashanti Gold SC has reached an agreement with the player for an additional 3 years.

“After his initial 3-year contract with the Miners ended last month, experienced center back Richard Osei Agyemang has renewed his contract with Ashantigold for three years”, an official club statement has said today.

Speaking in an interview after inking the new deal, Richard Osei Agyemang says he is delighted and hopes to contribute to the success story of the Ghanaian giants in the coming seasons.

“After spending three seasons with the club, I am really excited to renew my contract. I am having great expectations. I am excited to accept this offer to stay at Ashantigold so that I can contribute to the success of the club”, the defender said as quoted by ashantigoldsc.com.gh.

During the 2019/2020 Ghana Premier League season, the 25-year old feature in 5 games before sustaining an injury. Now fit again, he is looking forward to the new season.