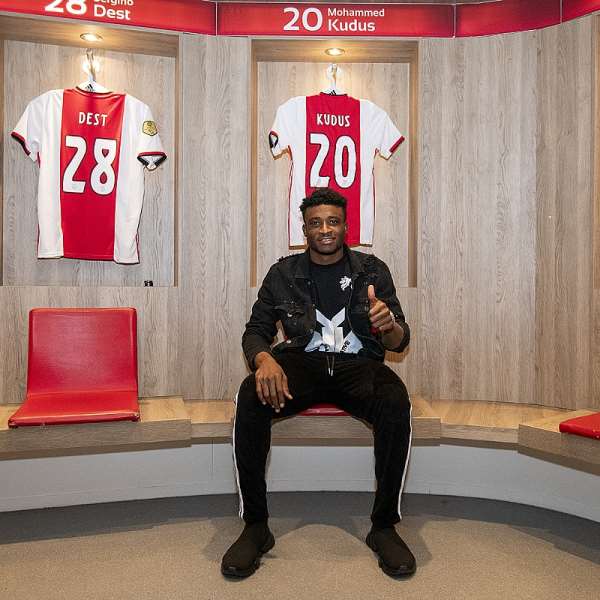 The 19-year-old joined the Dutch champions on a five year deal from FC Nordsjaelland last month.

And according to Mr Okraku, he was hugely impressed with Kudus' qualities after watching make his debut for the senior national team, the Black Stars last year.

According to him, he [Kudus Mohammed] has the qualities as a player to fit into the system of Ajax.

"I am not surprised with Kudus Mohammed's move to Ajax Amsterdam," he told MAX TV.

"He [Kudus Mohammed] made his debut for the Black Stars against South Africa at the Cape Coast Stadium and I was impressed. He has qualities as a good player and I am happy for him.

"I can only wish the best of luck because we need such players in our national team," he added.

Kudus joined the Dutch champions for a fee of 9 million euros.