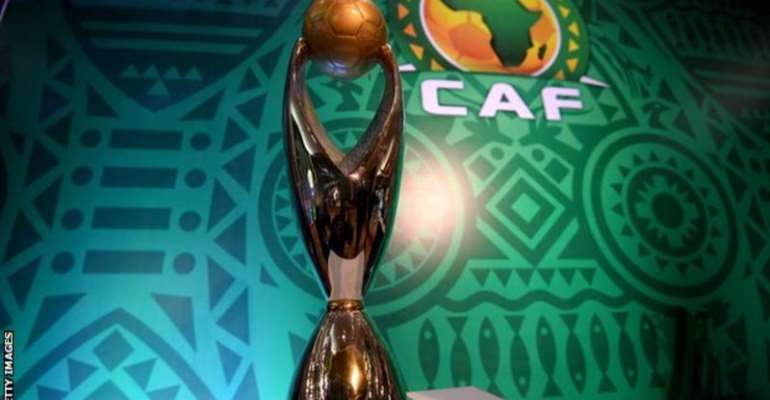 The Confederation of African Football (Caf) has ditched plans to have a 'final four' event for this year's Champions League to be played in one country.

It means the semi-finals, which are both Morocco against Egypt as Al Ahly play Wydad Casablanca and Zamalek take on Raja Casablanca, will go ahead with matches home and away.

The first leg matches will now be played on 25 and 26 September in Morocco and the second legs a week later in Egypt.

It will be a busy few days for Morocco who will be hosting a mini-tournament for the semi-finals and final of the Confederation Cup in the same week.

A venue for the one-off final is yet to be decided and will depend on who reaches the final, which is due to be played on 16 or 17 October.

"In the principle of fairness, the final will be played at a neutral venue in the event a team from Egypt and Morocco qualify from the semis," Caf explained in a statement.

"Consequently, the bidding process has been opened to Member Associations excluding Egypt and Morocco for the hosting of a one-off final.

"Interested Member Associations are to submit their bidding file including the venue for the match and the mandatory Government guarantee no later than 17 August 2020.

"In case the two Egyptian clubs or Moroccan clubs progress to the final, the one-off match will be played in either Egypt or Morocco with a proposed date of 16 or 17 October 2020.

"In that regard, the concerned Member Associations, Egyptian Football Association and the Royal Moroccan Football Federation have been issued a deadline of 15 August 2020 to confirm their availability.

"Caf will continue discussions with the various stakeholders on the possibilities of organizing the remaining matches of the Total Caf Champions League 2019/20 behind closed doors or otherwise."

Caf had proposed 'final four' tournaments for both the Champions League and the Confederation Cup in response to football being suspended around the continent due to the Covid-19 pandemic.

The Confederation Cup, the second-tier continental club event, will continue as planned with a mini tournament in Morocco.

Both semi-finals will be a single match and both will be played on 22 September.

Egypt's Pyramids will take on Horoya of Guinea in Casablanca while the Moroccan derby of Renaissance Berkane against Hassania Agadir will be played in Rabat.

Rabat will also host the final at the Prince Moulay Abdellah Stadium on 27 September with all matches played behind closed doors.

Caf had hoped to organise a similar event for the Champions League but were left without host following the withdrawal of Cameroon Football Federation.

"In line with the principle of fairness, it was decided against hosting a final four in either Egypt or Morocco, whose representatives constitute the semi-finalists," Caf said in a statement.

Akufo-Addo government most lawless Ghana has ever had – Nyah...
37 minutes ago

A/R: We don't want a Chairman who display gold on TV but neg...
59 minutes ago