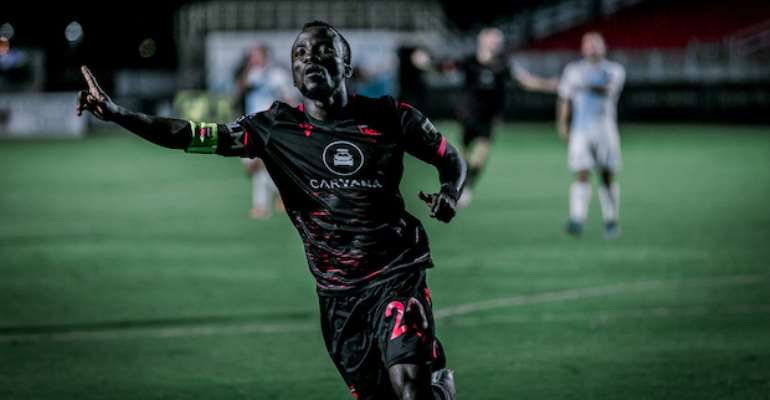 Ghana forward Solomon continued his fine goal-scoring form for Phoenix Rising FC on Sunday when he found the back of the net to help the team defeat El Paso Locomotive 3-1.

Making another appearance in the ongoing USL Championship season, the inspirational captain was in his usual elements and continued his excellent form.

On the matchday, though El Paso Locomotive took the lead through a strike from Josué Gómez on the 15th minute, the team was later condemned to a defeat.

A penalty kick converted by Rufat Dadashov leveled the score for Phoenix Rising FC four minutes later before Solomon Asante scored with a thumping effort on the 36th minute to give the home team the lead for the first time in the game.

Later in the final minutes of the match, Junior Flemmings netted the 3rd goal for the host and ultimately ensured that the team cruised to a 3-1 win at the end of the 90 minutes.