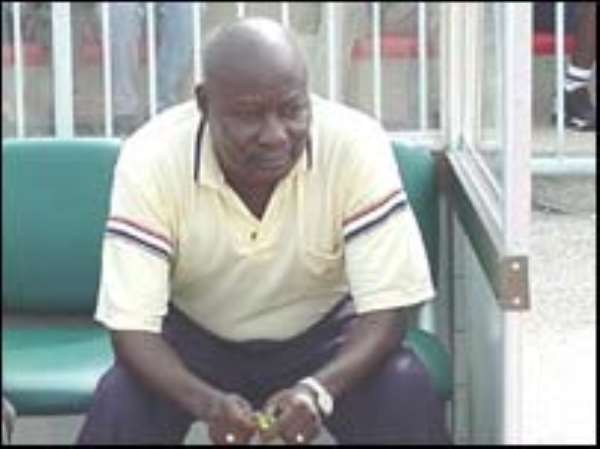 The 2001 African Coach of the Year sent his application together with three-page curriculum vitae to the offices of the Ghana Football Association (GFA) this morning. Coach Attuquayefio, who now coaches Dansoman-based Liberty Professionals and the Black Meteors, trained in Ghana, Brazil and Germany, stated his conviction about getting the job riding high on his rich track record.

The sources said Coach Attuquayefio was confident that his CV would give the GFA's nine-member committee, tasked to look for a replacement for Serbian Ratomir Dujkovic enough insight about his interpersonal traits, communication skills, good knowledge of the African terrain and his proven track record, among others.
The source said the coach underscored the enormous experiences he gathered during his role as a scout of the Black Stars before and during the just –ended World Cup among others as his strength to lead the team to higher heights.

“The coach believes he represents the exact criteria the Association is seeking and welcomes further discussion with regard to his qualifications,” the source quoted coach Attuquayefio as saying.

Ghana has advertised for a renowned coach after the Serbian dumped Ghana citing health reasons and an intolerant media a few weeks after the Black Stars exited from the World Cup in the second round.

The coach led Hearts to two successful continental titles in five years making the Phobians the only Ghanaian side to have lifted both the Champions League (2000) and Confederations Cup (2005).

Coach Attuquayefio who has also trained the Benin national side, remains the number one choice for several clubs in the country, is a holder of FIFA Management Advance Course, Preliminary and Advance Coaching Diploma from Brazil and Germany respectively.

Among the credentials of the coach, who in the early 90s had an attachment with Eintract Frankfurt and Duisburg Football Clubs in Germany, is wining the treble with the Phobians in 2000 plus 20 awards in a career that spans almost 30 years.

The GFA will close applications for the job on Monday, August 15. Many top class coaches across the globe have applied for the job.

Full statement: Provisional results of 2021 Population and H...
54 minutes ago

Come for land, we want Akpeteshie factory as 1D1F – Asebu Pu...
57 minutes ago