Ecuador '95: We Nearly Had A Plane Crash - A Member Of Ghana's U-17 World Cup Winning Team Reveals 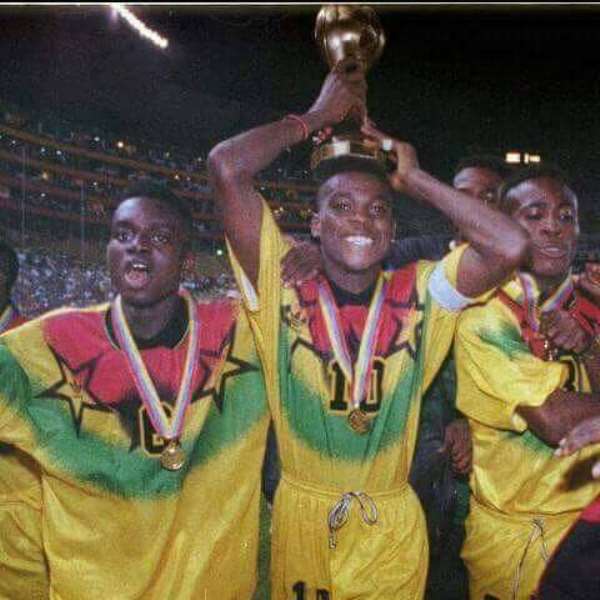 A member of Ghana's U-17 World Cup-winning team, Attakorah Amaniampong has disclosed that they nearly experienced a plane crash during the tournament.

According to him, the flight they were on board had a fault after it took off.

Ghana defeated Brazil 3-2 to emerge as world champions for the second time at the U-17 level.

Speaking on GTV Sports+, Amaniampong opened up on the struggles they had to overcome to reach that feet.

“We passed through so many things before the World Cup. We went through a lot of things but God was with us. So many incidents happened. One of them was when we were changing flights to another venue for a game.

"We nearly had a plane crash. The plane had to be grounded less than five minutes after it took off so when it landed, we thought we had arrived at our destination.

“Not knowing the plane had developed a fault so if we had continued, no one knew what would have happened,” he said.

Amaniampong’s revelations come few weeks after Awudu Issaka who was part of the squad announced plans by the players to demonstrate over their bonuses.

Ghana have failed to win the FIFA U-17 World Cup since the Black Starlets team of 1995 which was made up of Awudu Issaka, Stephen Appiah, etc clinched the trophy.

Government to reclaim mined-out areas in Ghana
47 minutes ago