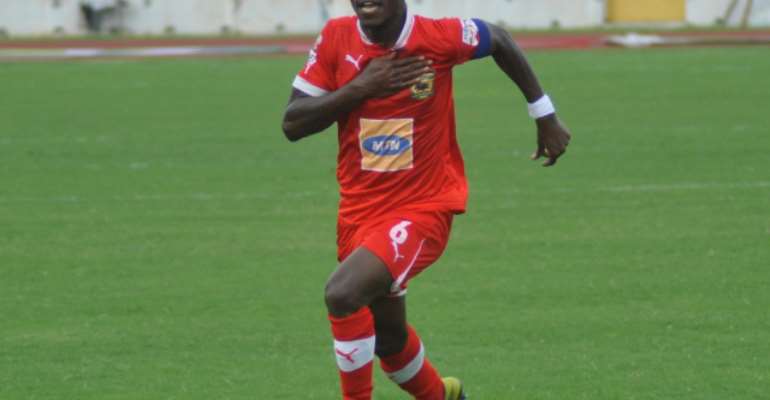 Michael Akuffo, a former Asante Kotoko midfielder believes the club has enough quality to partake in the Caf Champions League next season.

The Porcupine Warriors were confirmed to play in Africa following the annulment of the 2019/20 Ghana Premier League season following the outbreak of the novel coronavirus.

With many questioning the pedigree of players at the club, Akuffo insists the club has the quality to compete in the Caf Champions Lague.

“It is highly possible Kotoko can represent Ghana in Caf Champions League looking at the players and the pedigree of Maxwell Konadu.

“Konadu was the coach that led us to win the Ghana Premier League in 2012 and he has a lot of technical qualities.

“It is a matter of psyching the players and they also believe in themselves that the Caf Champions League is not beyond our reach.

“Every generation has its kind of players and the current squad is made of some quality ones so Kotoko can play well in Africa.”

“The players must give their best so ensure Kotoko is represented well in Africa,” Akuffo told Akoma FM.

Meanwhile, Ahsgold will play in the Caf Confederations Cup.