FA Cup Final preview: Would Defeat Be A Blessing In Disguise For Arsenal? 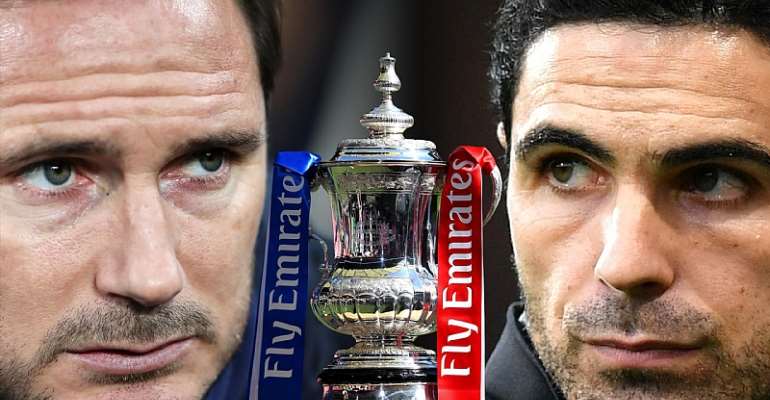 A loss on Saturday could end Arsenal’s run of twenty-four consecutive seasons of European football, but might it be a blessing in disguise asks James Truscott.

Some football fans would mock Arsenal in the latter years under legendary manager Arsene Wenger for their championing of finishing in fourth. In the absence of regular silverware the ‘fourth-place trophy’ became a stick with which to beat Arsenal fans. However, take into account the jubilation of Chelsea’s players and staff at Stamford Bridge on Sunday after securing 4th place and top-level European football with a 2-0 win against Wolves.

Also, consider the sheer relief of Ole Gunnar Solskjær’s Manchester United to finish 3rd and contrast those two scenes with the distraught mood around Leicester City having thrown that position away. Champions League football clearly means so much to players, staff and fans alike and midweek European nights have been commonplace for Arsenal since most can remember. An English record nineteen successive UEFA Champions League appearances between 1998–99 and 2016–17 and twenty-four consecutive seasons of European football overall since 1996-97. The latter run will come to an end if Arsenal fail to beat Chelsea in this Saturday’s FA Cup final.

While the vast majority of Arsenal’s supporter base would admittedly be disappointed if Arsenal are unable to salvage this one piece of silverware from a poor season, the absence of European football at the Emirates next season could be a blessing in disguise. The 2020-21 season will begin on 12th September after a short six-week off-season, yet it will still finish in mid-May as standard.

Throw in a 10-day winter break in February and compressed schedules in the FA Cup, League Cup and European competition, then you are looking at a whole heap of fixture congestion that Arsenal’s squad, devoid of both quality and depth in many areas would struggle to cope with. In fact, doing without European football could give the Gunners a clear run at doing well in the Premier League. Of course, we cannot ignore that having no European football would make it harder to attract players to the club in the transfer window and many fans would still probably want European football out of pride, having something different to watch and with it being another route back into the Champions League.

In Baku last May, Maurizio Sarri’s Chelsea ran riot against Unai Emery’s Arsenal, winning 4-1 with all goals being scored in the second half. Chelsea’s then focal point Eden Hazard scored a brace, former Arsenal-man Olivier Giroud bagged a goal with a low header and Pedro had a goal assisted by Hazard. Substitute Alex Iwobi was Arsenal’s only goalscorer on the night.

Fast forward a year and both teams are under the tutelage of their former club captains, Frank Lampard and Mikel Arteta. From a Chelsea perspective, Hazard has since left for Real Madrid, Pedro has already left the club and veteran striker Giroud initially had his playing time limited by the ascent of Tammy Abraham before a post-suspension resurgence from the Frenchman.

In terms of the Gunners, defensive duo Laurent Koscielny and Nacho Monreal have since left, as has Iwobi and first-choice goalkeeper Petr Čech, who is back at Chelsea as a Technical and Performance Advisor. Meanwhile, marmite playmaker Mesut Özil, who started for Arsenal that night in Baku, now appears to be further away from the starting XI than practically every other player in Arsenal’s first-team squad. Most intriguingly, Arsenal’s error-prone centre back David Luiz, who has given away 5 penalties in the Premier League this season, was at the heart of the Chelsea defence for that Europa League final.

In this battle of North London versus West London, there are many entwining storylines between the two clubs and many similarities also. Lampard and the Blues have the bragging rights in the league, with them ending the season 10 points and 4 places ahead of the Gunners, but in Arteta’s defence, he has only been in charge since late December whereas Lampard had a full summer and the entirety of a season to instil his ideas and philosophy into the Chelsea squad. Arsenal fans may rue the 2019 Europa League final defeat because it ensured they missed out on the Champions League, but are probably glad it contributed to Emery leaving the North London club sooner.

Despite finishing 3rd in the league and winning that Europa League final, Chelsea fans will surely be happy they have seen the last of Sarri too. Saturday’s FA Cup final behind closed doors at Wembley Stadium will serve as yet another marker of where both teams are in their transition in addition to the suitability of Lampard and Arteta in their respective roles.