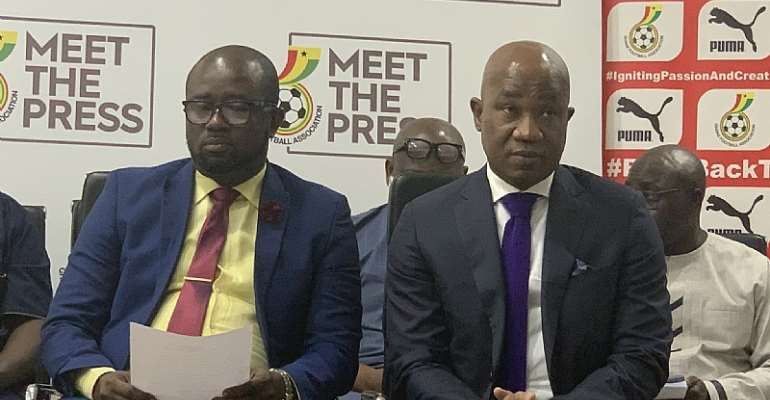 A retired FIFA referee, Nicholas Dwomoh has indicated that the Ghana Football Association (GFA) under Kurt Okraku is doing more for referees than was done by the past administration.

Besides putting in place a refereeing structure, the current leadership of the country’s football governing body is on the verge of offsetting a debt left by the former GFA administration.

In addition to that, the Kurt Okraku GFA has this week secured a sponsorship deal with Intercity STC Coaches Limited that will see referees being offered a 50% reduction on all travels for the upcoming season.

In an interview with Nkunim FM, referee Nicholas Dwomoh has shared that the aforementioned strides the GFA is making are an indication of how well they are performing.

“In fact, Kurt Okraku's administration is doing very well for the referees. Under the previous administration led by Kwasi Nyantakyi, there were so many things that happened.

“They [Nyantakyi's administration] were supposed to do lots of things for the referees but they didn't... and since Kurt Okraku took over the mantel we've seen different approaches to some of his administrations”, the retired FIFA referee said.

According to referee Nicholas Dwomoh who in the past also served as the Eastern Regional Referees Secretary, the current GFA administration has exhibited a lot of professionalism as well and deserves a good rating for the few months that have been in office.

“Lots of professionalism are seriously happening in the industry, Courses coming up for the referees etc...I will rate Kurt Okraku's administration 60% as far as referees are concerned”, he noted.