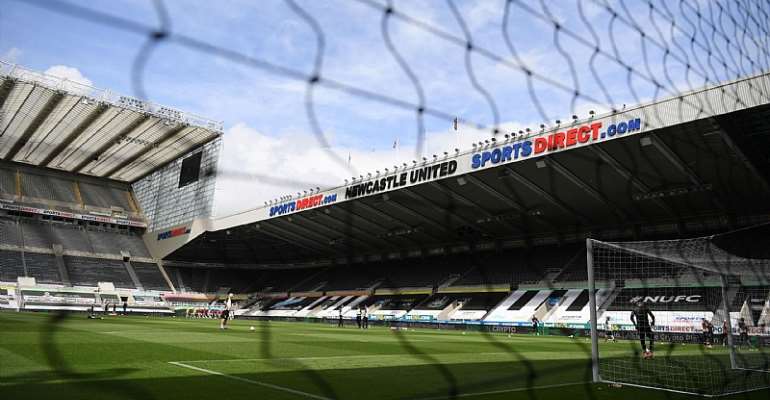 A general view of the stadium ahead of the English Premier League football match between Newcastle United and Sheffield United at St James' Park in Newcastle-upon-Tyne, north east England on June 21, 2020Image credit: Getty Images

A group fronted by British financier Amanda Staveley, with an expected 80% investment from the Saudi sovereign wealth fund PIF and 10% involvement from billionaire brothers David and Simon Reuben, made a reported £300 million bid to buy the club from Mike Ashley in April.

The proposed takeover was being examined by the Premier League as part of its 'owners and directors test' which evaluates the suitability of ownership groups.

However, after three months of talks, the investors have pulled out, stating “the commercial agreement between the Investment Group and the club's owners expired”.

"With a deep appreciation for the Newcastle community and the significance of its football club, we have come to the decision to withdraw our interest in acquiring Newcastle United Football Club,” a statement read.

Owner Mike Ashley watches on during the FA Cup Third Round Replay match between Newcastle United and Rochdale at St. James Park on January 14, 2020, in Newcastle upon Tyne - Image credit: Getty Images

"Ultimately, during the unforeseeably prolonged process, the commercial agreement between the Investment Group and the club's owners expired and our investment thesis could not be sustained, particularly with no clarity as to the circumstances under which the next season will start and the new norms that will arise for matches, training and other activities."

One of the issues raised by critics of the proposed deal was Saudi Arabia's response to cases of unauthorised broadcasting of Premier League games in the country.

Last month, a World Trade Organization panel told Saudi Arabia it had breached global rules on intellectual property rights by failing to prosecute a pirate broadcaster of sports and movies in a dispute with Gulf neighbour Qatar regarding the BeoutQ channel, which broadcast Premier League games.

‘Sputnik-V procurement contract must be re-examined’ – Kwaku...
29 minutes ago

Getting Sputnik-V vaccines from black market using middlemen...
29 minutes ago