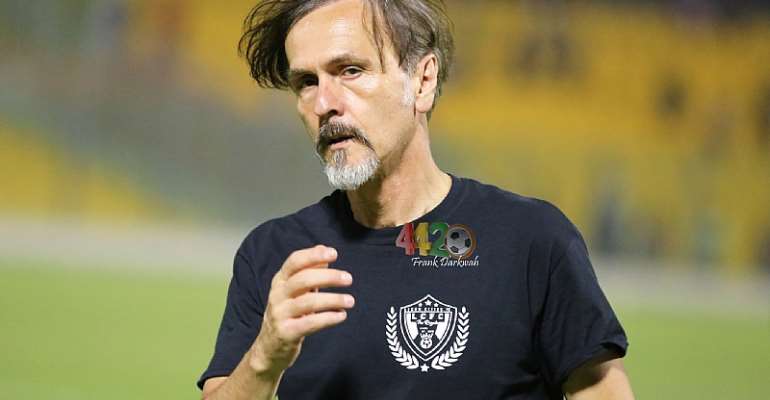 Legon Cities head coach, Goran Barjaktarević says he is hoping to improve his side ahead of next season.

The Royals finished at the 15th position with 16 points after the annulment of the season.

After maintaining their Premier League status, the Serbian trainer is eyeing to improve his side for the 2020/21 season

"It was at a time my team was playing at the level I wanted them to play," he told GNA Sports.

"As it is now, it looks like we would be training without knowing exactly when the competition would be organised.

"But I’m convinced we would not struggle as we did in the league the last time.

"We would be better and survive the keen competition in the next league," he added.

The 2020/21 Ghana Premier Lague season will kick off in October.

NPP may lose 2024 elections if Bawumia is imposed as flag be...
25 minutes ago

Keep quiet and concede defeat because you couldn't perform —...
35 minutes ago