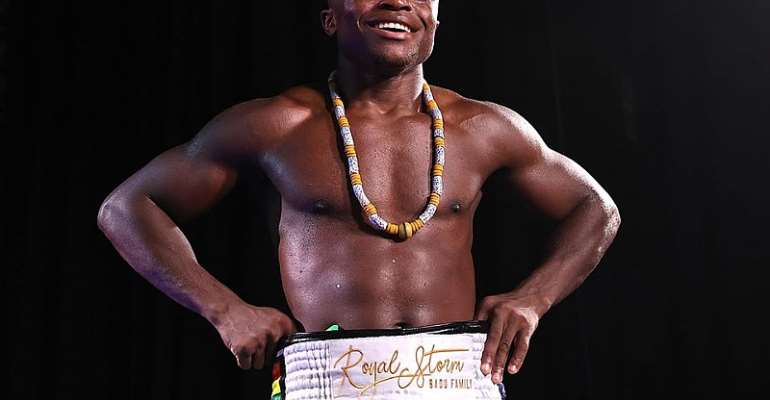 Carl Moretti, VP of Top Rank, says that Isaac Dogboe will probably be back in the ring by October or November. No opponents have been discussed yet, he adds, but says the former WBO junior featherweight champ will get another fight “definitely before the end of the year.”

For the 25-year-old native of Ghana, that works just fine.

“I’m still in fighting shape, I just have to keep the momentum going,” said Dogboe (21-2, 15 knockouts). “I just have to keep familiarizing myself with the weight and in the ring as well. After a long time out of the ring, you get rusty,” He told The Ring

Asked whom he’d like to face next, Dogboe replied, “That’s a decision that has to be taken on by my team.”

Meanwhile, Paul Dogboe, dad and former trainer of the former WBO super bantamweight champion and former SWAG best sports personality of the year said Isaac Dogboe is a television personality that is why everybody loves to watch his fights, interviews and shows.

He said ‘The Royal Storm’ would be able to move on to other weights like super featherweight, lightweight as he still has potential to grow and become multiple weight champion.

In another development, sports journalists in Ghana have commended him for bringing life into Ghana Boxing.

The Friends of Boxing (FOB) have also hailed Isaac Dogboe on his sweet smooth come back after 14 months, as well as the Youth of Anlo who says he is an inspiration to them.