Dogboe To Return In Three Or Four Months Time 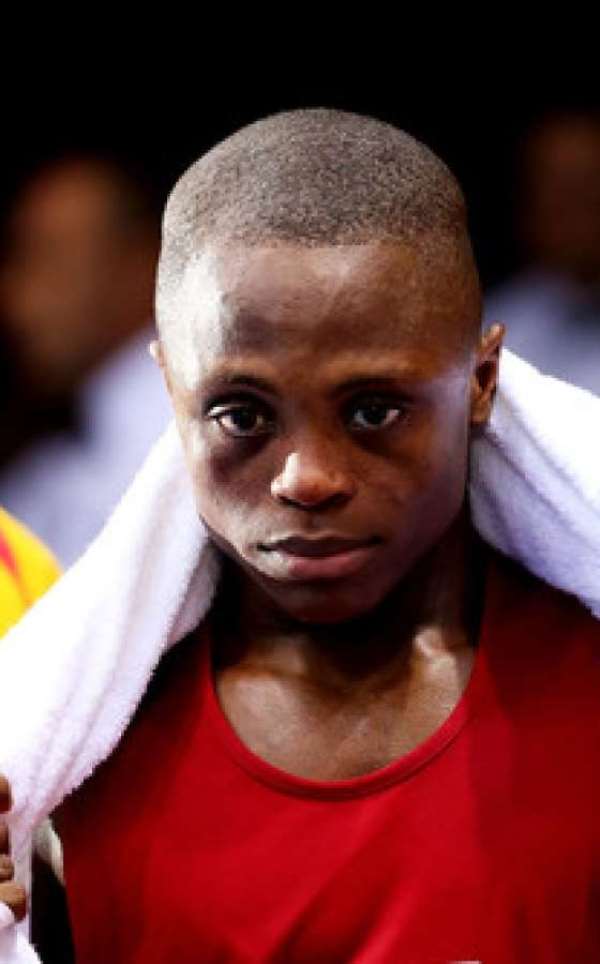 After his successful ring return against Mexican /American Chris Avalos in Las Vegas, Isaac Dogboe cannot to wait to get back into the ring again.

Carl Moretti, VP of Top Rank, tells The Ring that he will probably be back in the ring by October or November. No opponents have been discussed yet, he adds, but says Dogboe will get another fight “definitely before the end of the year.”

For the 25-year-old native of Ghana, that works just fine.

“I’m still in fighting shape, I just have to keep the momentum going,” said Dogboe (21-2, 15 knockouts). “I just have to keep familiarizing myself with the weight and in the ring as well. After a long time out of the ring, you get rusty.” Asked whom he’d like to face next, Dogboe replied, “That’s a decision that has to be taken on by my team.”

Avalos (27-8, 20 KOs) had shown his durability, but Dogboe was dogged in his pursuit, and finally got the stoppage with just 35 seconds remaining in the eighth and final round.

“He was tough, he was tougher than we expected,” said Dogboe.

The fight was more than just an activity bout. Dogboe had a new trainer, Barry Hunter, and was fighting in a new weight class, moving up to featherweight after having reigned briefly as WBO junior featherweight titleholder in 2018.

When Dogboe first visited Washington D.C. to visit Hunter in December, he thought he’d only be there for two weeks to get a little training work. Dogboe liked it so much there, and clicked with the crew, that he phoned up his father Paul Dogboe, who had previously been his trainer, to let him know he was staying.

Dogboe says his father, who was not in his corner last Tuesday, is currently in Ghana “taking care of other business.”

Dogboe says that Hunter, who had previously trained Lamont Peterson and Shawn Porter, says the guru had been working with him each day, halting training at times to point out changes he wanted Dogboe to make to his form. Among the fighters in the gym that Dogboe has to spar with are Patrick Harris Jr. (19-0, 9 KOs), an unbeaten junior welterweight and the son of Patrick Harris Sr., one of the assistants who Dogboe works with.

There were other changes that Dogboe had to undergo alone after back-to-back defeats to Navarrete, he admits. He says it was a “time of healing,” but also for “rebuilding.

While in D.C., Dogboe says he was unable to train for some time due to the COVID-19 pandemic, but the closing of borders did have one added benefit: he got to spend more time with his mother and brothers who were in town on vacation.