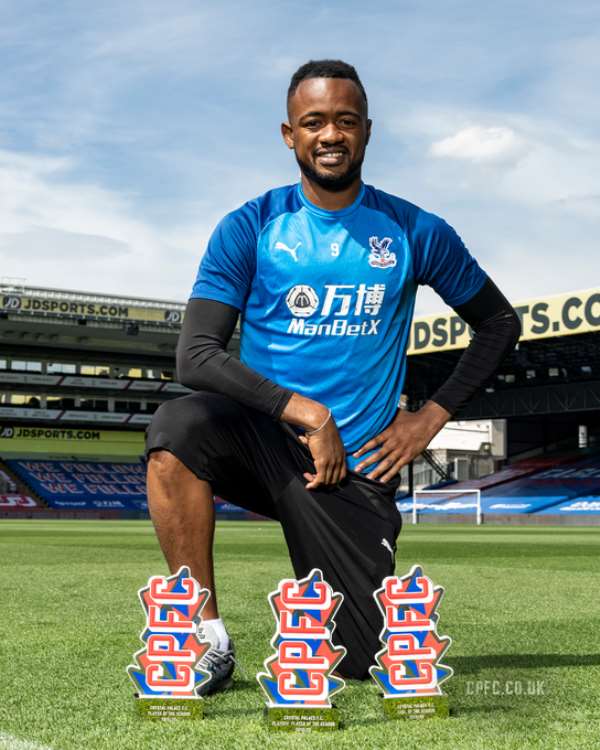 Ghana striker Jordan Ayew has been named as the ‘Player of the Season’ at Crystal Palace following his outstanding performance for the side in the 2019/2020 campaign.

This season, the forward has been second to none at the club where he has established himself as the poster boy.

With the campaign coming to an end, Jordan Ayew managed to contribute 9 goals plus 2 assists after making 37 appearances in the English Premier League to help the team finish 14th on the standings of the division.

He has today been named as the Crystal Palace ‘Player of the Season’ by supporters of the club. Out of over 6,000 supporters who engaged in the voting, Jordan Ayew amassed 37% of the votes.

That was enough to beat Vicente Guaita and Gary Cahill who picked (28.2%) and (16.7%) of the total vote cast respectively.