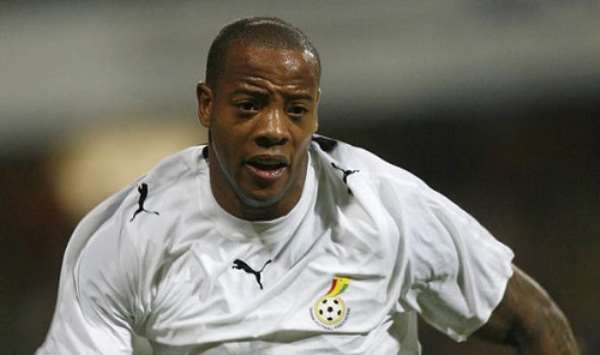 Former Black Stars striker, Prince Tagoe has revealed that the late Junior Agogo was his best striking partner during his career as a footballer.

The 33-year-old made his debut for the Black Stars with Agogo as his partner in 2008 and got his first goal there.

In an interview with Accra based Joy FM, the former Hearts of Oak striker said Agogo understood his strengths and devised ways to make the two work together well on the pitch.

“I didn’t pair much with other strikers but my best partner was Junior Agogo. This is because of the first goal I scored in the national team. He gave me the pass," he said.

"He told me that because I had the pace and I was very quick, I should run in behind and he would be behind me.

So whenever the ball came, he could flick the ball on to me,” he added.

Agogo assisted Prince Tagoe for his debut goal against Lybia in 2008.

Tagoe scored seven goals during his time with the Black Stars.

Police arrest Funny Face after threatening to kill mother of...
17 minutes ago