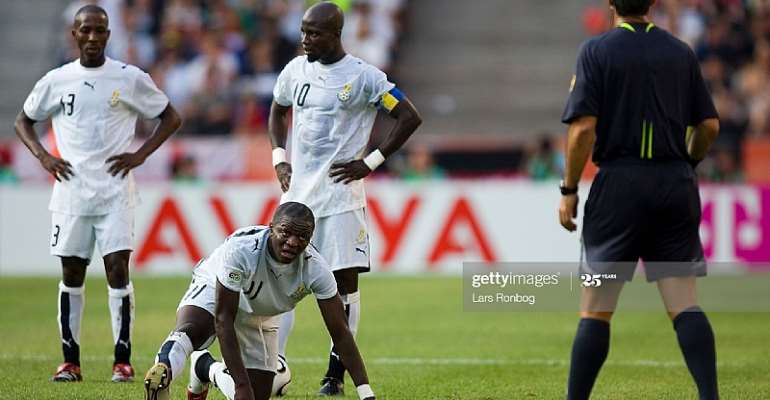 Appiah, 39, is regarded as one of the best players to have ever captained the senior national team, the Black Stars.

The former Hearts of Oak and Brescia midfielder captained the country for its maiden World Cup appearance in 2006 in Germany.

Muntari and Appiah played together in the national team for some years with the two playing key roles in Ghana’s 2006 and 2010 FIFA World Cups.

According to the 2010 Champions League winner with Inter Milan, Appiah managed to bring all the players together and motivated them as a united front.

“He(Stephen Appiah) was an amazing captain for us. Amazing player, all the time we were in the National team he played for Juventus, Fenerbache and all those big teams but he was so down to earth,” he told South Africa’s Metro FM.

“He managed to bring us together, we formed a great midfield team together with him, Laryea and Michael.

“It was an amazing time with him. It was great to have a leader like him and after he passed the captaincy to John Mensah it was great too.

"I was really happy to have some cool people around during the National team," he added.

Appiah is currently serving as a backroom staff for the Black Stars with Muntari still in search of a new Club.