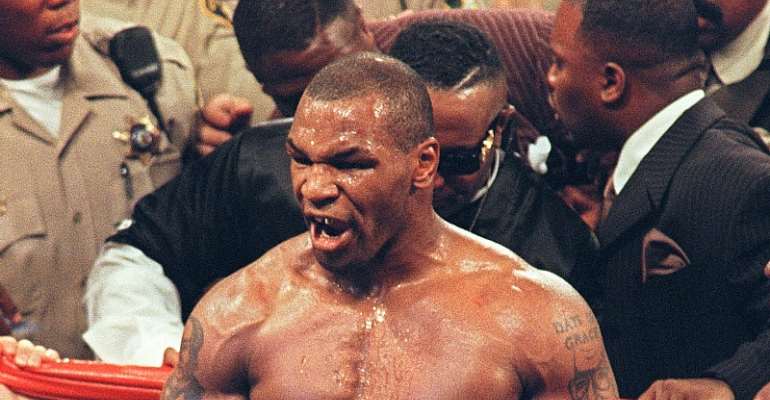 June 1997: Tyson reacts to being disqualified in a title fight

Mike Tyson is making a shock comeback to boxing with an eight-round exhibition fight against Roy Jones in Los Angeles.

Tyson, 54, and Jones, 51, are legends of American boxing and are expected to wear headgear and use larger gloves for the match on 12 September.

Jones Jr posted on social media: "I am happy that this fight between me and Mike Tyson will happen! I was always ready and will be ready this time as well."

The California State Athletic Commission confirmed the match and told Sky Sports: "In this match, the referee will have the authority to stop the fight if it strays outside the boundaries of a competitive boxing exhibition."

"Mr Tyson and Mr Jones Jr will have to submit all CSAC medical tests for fighters over 40 as well as CSAC's emergency regulations that have been put in place to slow the spread of COVID-19."

Iconic former heavyweight champion Tyson has been posting ferocious clips of himself in training over the past few months fuelling speculation of a first fight since 2005. 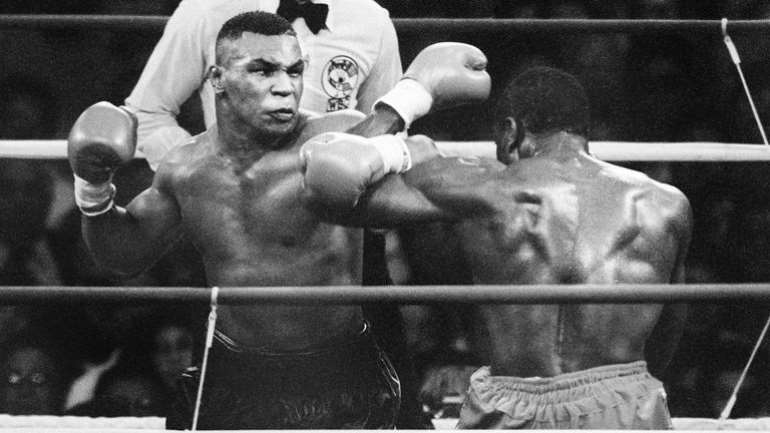 Jones Jr told sports.ru: "I had no intention of going back and fighting again but, for the sake of Mike Tyson, I agree to make an exception.

"For me, this is an opportunity that I cannot refuse. Of all those who wanted to go into the ring with him, he chose me. And since he did that, how can I say no?"

It had initially been considered that Tyson would fight his great rival Evander Holyfield, now 57, in an exhibition.

Holyfield told Sky Sports News earlier this year: "I wouldn't ask nobody to do anything they don't want to do. But it's for charity. If we can work something out that works for everybody then it's a win-win-win."

Tyson previously said: "I want to go to the gym and get in shape to be able to box three or four-round exhibitions for some charities and stuff." 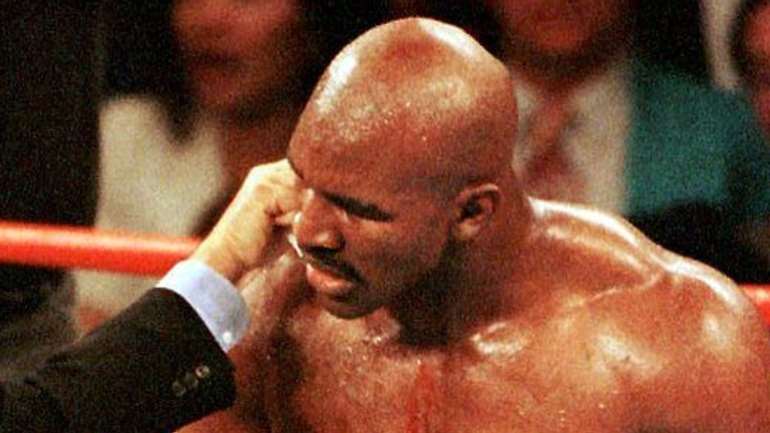 Image: June 1997: Blood pours from the ears of Holyfield after being bitten by Tyson

But he will instead face Jones Jr, who enjoyed legendary victories over the likes of James Toney and Bernard Hopkins in the 1990s.

Jones Jr is now training Chris Eubank Jr and, this week told Sky Sports about why a fight with his new boxer's famous father never came to fruition in their heydays.

"It was never an opportunity," Jones Jr said about Eubank Sr. "Nobody was making noise about me against the guys from England. I wasn't in a hurry to take my title to England because I was robbed in Seoul [in the 1988 Olympic gold medal fight, one of boxing's most controversial decisions].

"I was not a guy who took risks going overseas. I admired Chris Sr because he could box and he was different.

"It would have been an interesting fight if it ever happened. But he had Steve Collins and Nigel Benn. I had James Toney and Bernard Hopkins.

"Neither one of us were duckers. We both had titles and didn't have to unify unless the fans demanded it. At the time, it wasn't demanded."