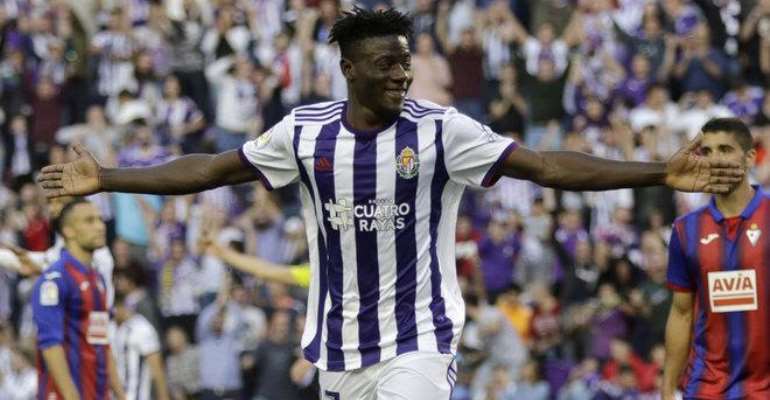 Ghanaian defender, Mohammed Salisu has been named in in the La Liga breakthrough team of the season.

The 20-year-old has been impressive in the La Liga in his maiden season with Real Valladolid.

Salisu emerged as the U-21 player with the highest rate of successful clearances in all the top five European leagues- La Liga, Premier League, Serie A, French Ligue 1 and the Bundesliga.

Salisu following his fabulous display has been named alongside other starlets such as Ansu Fati, Takefusa Kubo and Ferran Torres, as well as improving players like Odegaard and Fede Valverde in the La Liga breakthrough XI of the 2019/2020 season selected by Spanish authoritative news portal Marca.

Mohammed Salisu has attracted offers from several clubs with English Premier League outfit Southampton, having reportedly taken the lead by reportedly tabling down an offer of 10 million euros for the Ghanaians signature.

Players eligible to be named in the breakthrough XI of the season are those who made a significant impact in their debut season or their emergence as youngsters who were the revelations in the league.

Mohammed Salisu joined Real Valladolid as a youth player on a five-year deal in 2017.

In his first two seasons, he combined 41 appearances before the side gained promotion to the just ended 2019/20 Spanish top-tier season.