Ike Fights Forrest In US Saturday 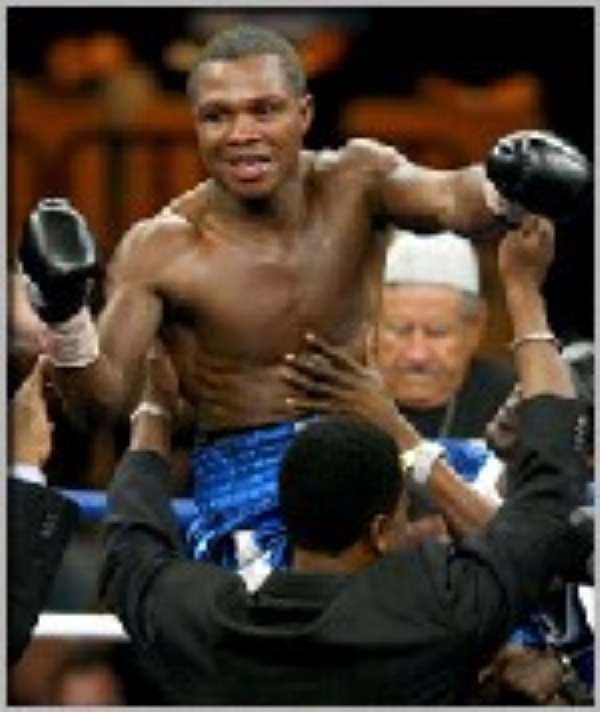 Two former WBA welterweight champions, Ike 'Bazooka' Quartey (37-2-1) of Ghana and USA's Vernon 'The Viper' Forrest (37-2), will finally face each other in a light middleweight contest at the Madison Square Garden in the heart of New York on Saturday.

The fight has had fans, as well as movers and shakers of the pugilistic sport waiting with a lot of eagerness especially after the fight was postponed after Forrest sustained an injury.

A source at the Fernwood Hotel and Resort in Pennsylvania where Quartey has camped since mid- July confirmed to the Daily Graphic via telephone yesterday that the Ghanaian together with his team had left for New York for final arrangements.

Quartey, 37, has put in a total four months training both at his Jumus Boulevard Gym in Ghana and the Fernwood Camp in the US to face the American who almost matches him in terms of pedigree.

Though Saturday's showdown with Forrest is Quartey's first assignment of the year and fourth comeback fight, he has had two high points.

The prestigious Sports Writers Association of Ghana (SWAG) honoured him last May for staging a successful comeback.That was preceded by his naming as the Comeback Boxer of the Year by the Ring Magazine.

His Washington-based Manager, Mr Godwin Asifo, who was present at the SWAG Awards night last May, told the Daily Graphic that the boxer's exploits in the past two years was enough to get him a shot at a major world title soon.

A news conference with both boxers will be held later this week. Quartey started his comeback in Accra in January last year by defeating Clint Scott McNeil.

He went ahead to defeat Verno Philips and Carlos Bojorquez in July and December the same year.