'Not Much Respect' - Pep Guardiola Hits Out At Arsenal 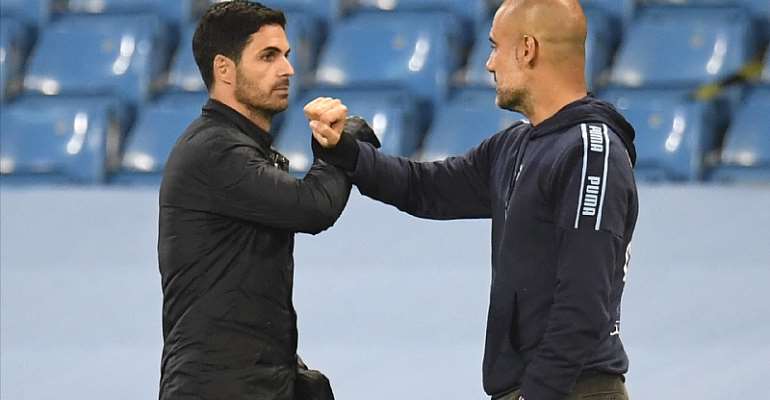 Manchester City manager Pep Guardiola has said Arsenal deserve credit for what they do on the pitch - but he has little respect for them off it.

Arsenal knocked holders City out of the FA Cup with a 2-0 semi-final win on Saturday - days after Guardiola's side had a two-year UEFA ban from European football overturned by the Court of Arbitration for Sport (CAS).

Spaniard Guardiola had previously taken aim at a group of Premier League clubs who reportedly wrote a letter to CAS to argue against City receiving a stay on their ban, which was due to allegations that they broke Financial Fair Play rules.

The Daily Mail had also reported that he - and others at City - believed Arsenal to be the driving force behind the actions.

"After we were beaten we shake hands. The opponents always deserve my respect and credit," Guardiola told reporters.

Guardiola said last week after CAS's decision that he thought the club deserved an apology from some of their Premier League counterparts.

"We don’t expect Liverpool, Tottenham, Arsenal, Chelsea or Wolves to defend us but we have the right to defend ourselves when we believe what we have done is correct and three independent judges said this.

Guardiola was also thought to be aggrieved when Arsenal approached his then-assistant Mikel Arteta regarding the vacant manager's role at the Emirates.

City visit Watford later on Tuesday and finish their in the Premier League campaign with a home game against relegated Norwich City.