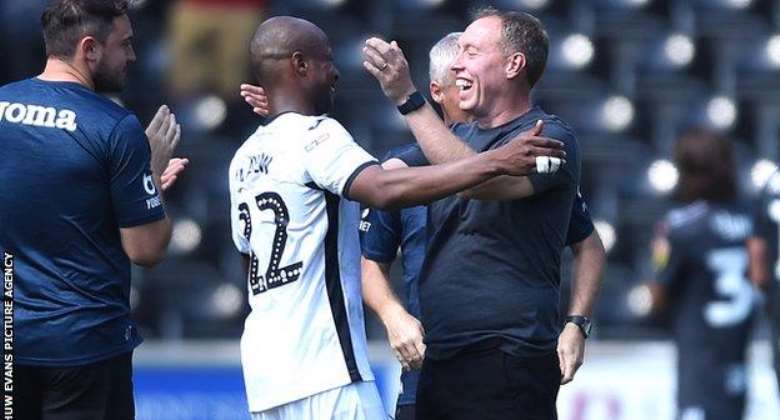 Andre Ayew has heaped praise on Swansea City boss, Steve Cooper and insists the Welsh has teh requisite qualities to become a top manager in future.

Cooper was named as the manager of the club last summer after working in academy football and with England's new set of generations.

Amid talks of lack of experience on the part of the head coach, Andre Ayew has heaped praise on the Welsh for his output.

"I'm impressed by the gaffer and his staff," he told BBC.

"They have done a great job and it's not easy when it's your first year and you have a lot of young players around.

"He has quality and you can see we have an identity and style of play.

"It's true we've had ups and downs, but when you have a team with a lot of young players, you can't get everything straight away.

"His message is coming across well and I'm happy to have met and worked with him. He's got great ideas and he's going to be a big manager in the future."

The 40-year-old is fighting to secure a playoff spot for the Championship side after torrid campaign.