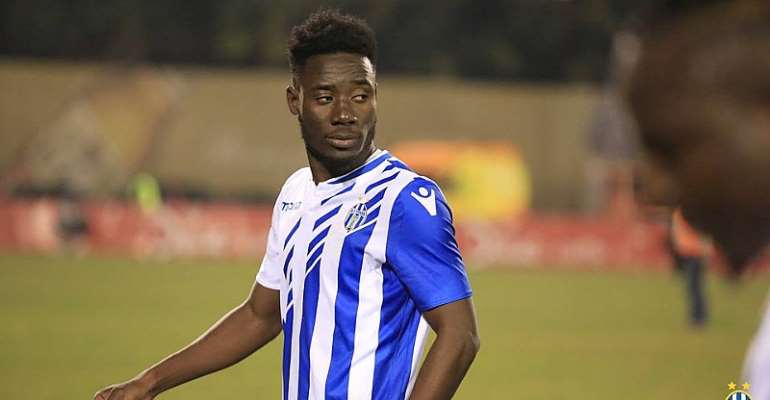 A host of clubs in the top Leagues in Europe are reportedly chasing the signature of Winful Cobbinah following an impressive season at FK Tirana where he has helped the side win the Albania Kategoria Superiore.

Having moved to the club in 2018 from Ghana Premier League giants Hearts of Oak, the attacking midfielder has steadily established himself as a key man for this side.

This season, the 28-year-old has played above himself, playing a massive role to help FK Tirana emerge as the Champions of the Albanian top-flight league.

According to information reaching Modernghana Sports, Winful Cobbinah has now attracted interest from a number of clubs in the major European clubs.

Holding the player in high-esteem, FK Tirana is hoping the qualification to play in the Uefa Champions League will convince the Ghanaian forward to stay for next season.

This season, he has scored 7 goals and provided 2 assists after featuring in 29 games in the Albania Kategoria Superiore.