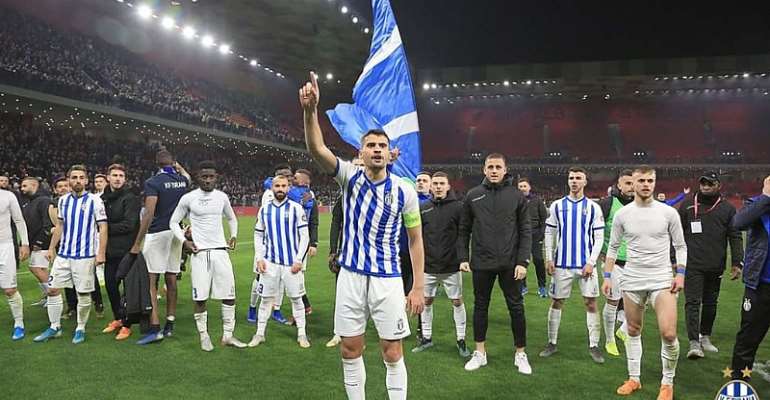 Ghanaian forward Winful Cobbinah has helped Albanian side, KF Partizani Tirana to win the league booking their place in the 2020/21 UEFA Champions League.

Cobbinah scored seven times in the Kategoria Superiore this term and also provided two assists in the 29 matches he played for the Blue and Whites.

After a successful campaign in the league, the Albania Champions have earned a Champions League spot in the qualifying stages of UEFA’s prestigious club competition.

KF Partizani Tirana wins their first league title in 11 years since their last success in 2009 and will play in the UEFA Champions League qualifying rounds in the 2020 – 21 season.