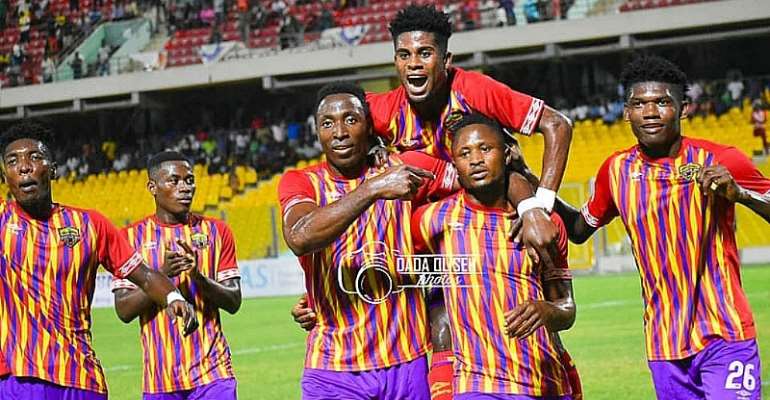 Following the truncation of the 2019/20 football season due to the outbreak of the coronavirus pandemic, eight players have been shipped out by Hearts of Oak according to report.

A report filed by Sunyani-based Nimde3 FM, the eight players were left out of the 26-man squad presented to the Hearts of Oak management by head coach Edward Nii Odoom.

The players left out of the squad include right-back Christopher Bonney, and attackers Bernard Arthur and Abubakar Traore.

Some of these eight players would be moving out of Hearts of Oak on loan while the rest will have their contract terminated.

It is reported that Christopher Bonney might join Inter Allies on loan as the Tema-based club have shown interest to sign the right-back for the 2020/2021 league season.

The Ghana Premier League giants have signed three expatriate players to beef up their squad for next season.