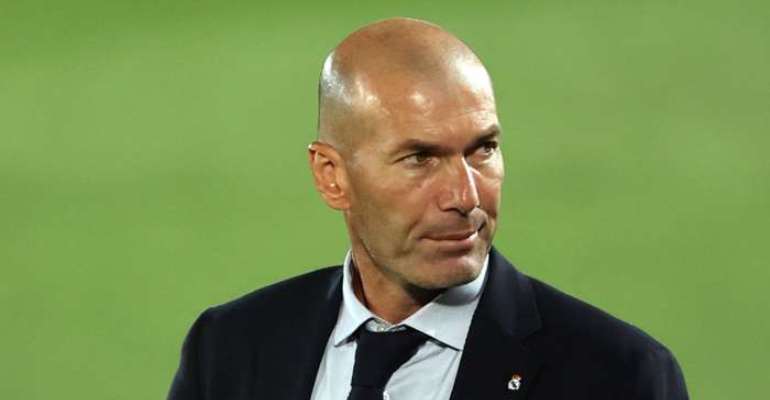 Zinedine Zidane has just won La Liga and has a contract with Real Madrid until 2022 but acknowledged his future at the club could quickly have a different outlook.

In his first full season back at the helm, Zidane has led Madrid to success in the Supercopa de Espana and La Liga to take his trophy haul across two spells in the dugout to 11 – three shy of equalling Miguel Munoz's club record.

With the league wrapped up, the Spanish champions can focus on the second leg of their Champions League last-16 tie against Manchester City. They trail 2-1 ahead of the return game at the Etihad Stadium on August 7.

Zidane guided Madrid to the Champions League trophy, which is considered the main objective every season at the Santiago Bernabeu, in three straight seasons during his first stint as coach.

Despite only winning the league on Thursday, Zidane was asked if he could guarantee that he will be at the helm next season.

"Things can change overnight in the world of football and I have no idea what the future holds."

Zidane urged his team to maintain their intensity in their final Liga game of the season on Sunday against Leganes, who will be hoping to get a positive result and retain their top-flight status.

"We have to find that motivation. It's a league game. When we put on the Real Madrid shirt, we want to win all the games," he said.

"That's the DNA at Real Madrid. It's a league game, not a friendly, and we want to play well. I don't think we've got anything to prove. We just want to maintain this positive momentum. We want to keep winning.

"We have another big game. We said there were 11 finals. There were 10 and we won the league, but we want to finish in the best way possible.

Karim Benzema struck both of Madrid's goals in their 2-1 victory over Villarreal last time out, moving him onto 21 in La Liga for the season – two fewer than league-leading Barcelona captain Lionel Messi.

While Zidane would take great pride in Benzema winning the Pichichi Award for La Liga's highest-scoring player, he was not willing to give any hints about his team selection for trip to Butarque.

"I'd love for Benzema to get the Pichichi," said Zidane. "But I'm not going to say who's going to play. He's a player whose done a great job and deserves to end the season as the top goalscorer, but it's going to go down to the final game of the season. Let's see what happens on Sunday."