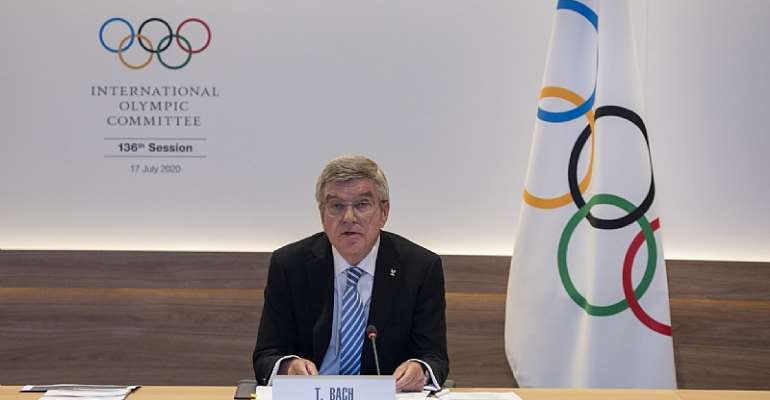 Thomas Bach has confirmed his intention to run for a second term as President of the International Olympic Committee (IOC).

Bach, who became IOC President in 2013, said he would stand for re-election at next year's IOC Session in Athens.

It is likely the German, who is eligible to hold the top office in sport for a further four years once his first term finishes in 2021, will run unopposed.

The widely-expected announcement was made in Bach's speech during the first virtual IOC Session today.

Bach claimed several members had recently approached him to ask him about standing for re-election.

"If you, the IOC members want, I am ready to run for a second term as IOC President, and to continue to serve you and this Olympic Movement which we all love so much," Bach said.

The German's announcement was followed by nearly an hour of praise from numerous IOC members, who lined up to thank him for his decision.

"I take your support more as an encouragement for the future to work even harder," Bach added.

The Presidential election will take place at the first of two IOC Sessions planned for 2021.

The election is scheduled to be held during the 137th Session, awarded to Athens, in the spring, before a second gathering of the membership is held prior to the postponed Tokyo 2020 Olympic Games.

Members unanimously approved a proposal to stage two separate Sessions, including one for the Presidential election, at today's virtual Session.

Bach was elected to succeed Jacques Rogge as IOC President at the Session in Buenos Aires seven years ago after triumphing in the second round of voting.

He received the most votes in the first round before defeating Puerto Rico's Richard Carrión, Ng Ser Miang of Singapore, Switzerland's Denis Oswald and Sergey Bubka of Ukraine in round two.

Bach has faced several challenges during his Presidency, notably the Russian doping scandal, a series of referendum defeats amid a decline in hosting the IOC's flagship event and the first postponement of an Olympic Games.

He has also been criticised for centralising the power on the ruling Executive Board but helped orchestrate the dual award of the 2024 and 2028 Summer Olympics to Paris and Los Angeles.

You can’t dictate to Akufo-Addo; stop the disrespect – Sefwi...
46 minutes ago