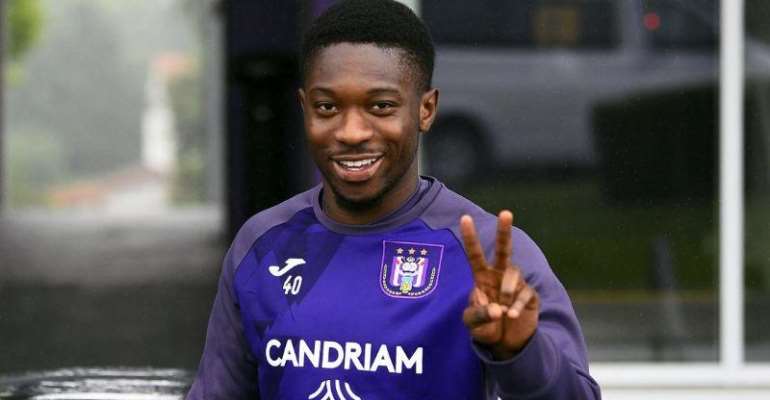 The 19-year-old signed a new four year deal with the Belgian side which will keep him at the club until 2024.

Amuzu had just one year left on his Anderlecht deal.

“I have always been champion with the youth of Anderlecht, I think: with the U17, U19 and U21. I hope this season also with the A-team," Amuzu told the official club website.

“I am incredibly proud to have been able to sign with RSCA and would also like to thank everyone for their confidence in me and in other young players.

"I can't wait to give everything, to score and to make a difference in the new season," he added.

Amuzu made his debut in the A-team of Anderlecht when he was 15 years old.

He has played 67 games for the Purple & White with the A-team. In it, he scored six goals and seven assists.

However, head of sports for the club, Peter Verbeke has applauded the youngster for his contract extension.

“In recent years, Ciske has been able to fully bolster with the A core,” says Peter Verbeke.

“He has grown into a reliable stronghold that is very important to the team.

"It made sense that we wanted to review his contract.

"In youth, we trust', an important signal for all young people in the academy," he added.