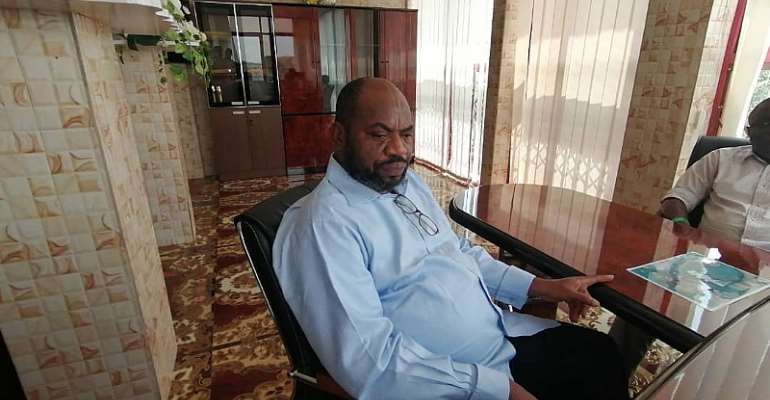 Communication Officer for King Faisal, Awal Mohammed has hailed newly appointed Executive Chairman of the club, George Amoako for his new plans to turn the fortune of the club.

The renowned football administrator has joined the Kumasi based club after parting ways with Asante Kotoko.

Mr Amoako held his first meeting with teh officials of the club on Thursday at teh premises of the club secretariat in Kumasi.

And according to Awal, Mr Amoako is determined to change the fortunes of the club.

"What George Amoako told us in our maiden meeting shows that he has brought new life to King Faisal," he told Otec FM.

"I believe with time and support from the management and the supporters, he will rise the team to the next level more than we were in our glory days.

"He (George Amoako) indicates that every department will play its role without any interference.

He has lined up many plans which will raise the team to a standard in which companies will love to do business with us" He added.

King Faisal were rooted at the bottom of the 2019/20 Ghana Premier League table after failing to win a game in 14 matches.

The cancellation of the football season presented the Inshallah boys an opportunity to start afresh next season and turn around their fortunes.