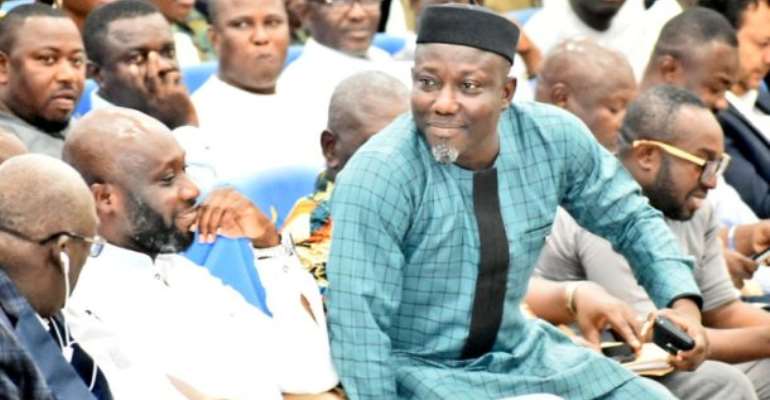 Abdul Salam Yakubu, the President of the New Edubiase FC have rejected the $7,500 relief package.

The Ghana Football Association (GFA) have received an amount of $1.8m from CAF and FIFA to be disbursed to the clubs.

Each 48 Division One League club will pocket USD$7,500 as a relief fund.

The Finance Committee of the FA have proposed a disbursement strategy which was approved the Ghana FA’s Executive Council.

This has generated mixed reactions among stakeholders in the country.

And according to Abdul Salam, the strategy for the disbursement of the money is unfair adding he has rejected the money.

"You have to give out what a person deserves," he told Asempa FM. "We are all in distress and for the past two or three seasons, Premier League clubs and Division One League clubs are not able to buy and sell players and now coronavirus has ruined everything.

"Luckily enough, we now have money from CAF and FIFA for the clubs. If a club deserves $50,000, all the clubs must be given $50,000 and that is what the Executive Council must do.

"When you have that money, you use it to take care of the club for some months but you don't give me $7000 without any explanation. It is not enough for me and my club because the money is solely for clubs.

"If the FA fails to show Division One clubs the needed respect, this is how things will be. I have rejected my money and I expect the various clubs to take FA on. I hate cheating and it is clear that the FA want to cheat the clubs and we club owners must stand up," he added.