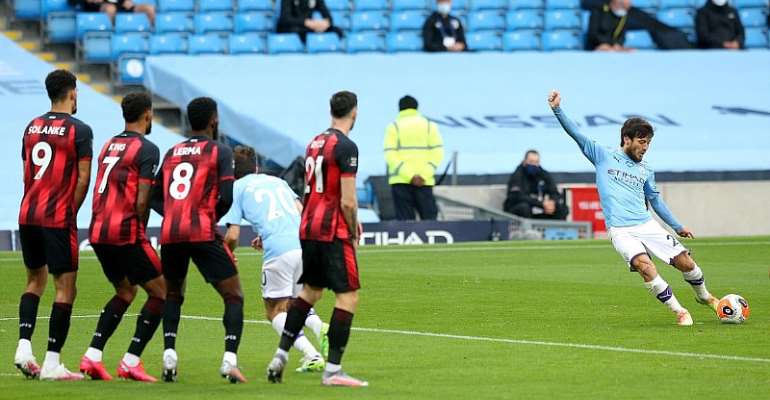 Manchester City just about sealed their third Premier League win in a row with a 2-1 victory over Bournemouth at the Etihad.

David Silva gave City the lead after just six minutes, curling a sumptuous free-kick in off the crossbar. Just as Bournemouth were coming back into the game, some lovely footwork and a tidy finish from Gabriel Jesus doubled City’s advantage just before half-time.

City were awarded a penalty in the second half, but it was overturned on VAR review after Gabriel Jesus was judged to have fouled Steve Cook rather than the other way around.

That was followed by a frenetic end to the game, as David Brooks deservedly pulled one back with two minutes to go and Callum Wilson almost levelled it soon after.

The defeat leaves Bournemouth with virtually no margin for error in their bid to avoid relegation.

They are now three points behind West Ham United and Watford having played a game extra, and also have an inferior goal difference.