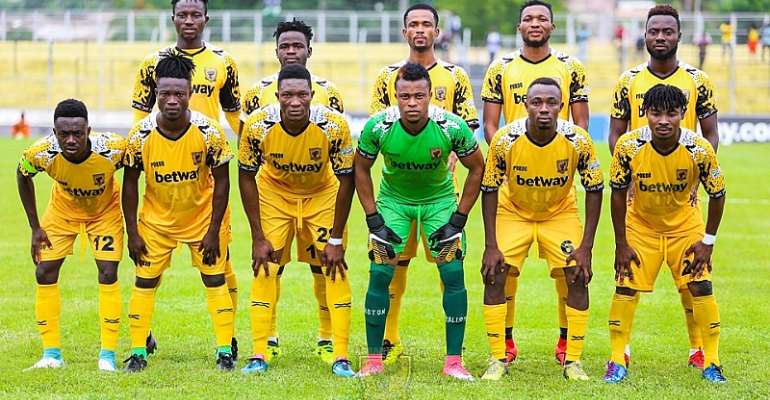 Head coach of Elmina Sharks, Yaw Acheampong has expressed confidence in Ashanti Gold's chances of making an impact in the Caf Confederation Cup next season.

The Miners will represent Ghana in the 2020/21 Confederations Cup for the second straight time.

The Obuasi based club were given the nod following the annulment of the 2019/20 football season by the Executive Council of the Ghana Football Association because of the coronavirus pandemic.

“I think the club can make a case in Africa with better preparations," Acheampong said, as reported by Footballghana.

"Now the players are embarking on individual training due to the Covid-19 and that is not enough for them. Let see if government will ease restrictions so they can do group training.

“I will entreat them to prepare well. They have some talented players like Amos Addae and other good players who have tested Africa.

"So if management are able to beef up the squad, they can do well having had experience in the ongoing season."

Ghana's inability to complete the 2019-20 football season due to the Covid-19 disturbances means the West African nation had to fall back on this season's continental representatives for next term’s African competitions.

The Miners, four-time Ghana Premier League champions, were bundled out of Africa on their last campaign by Moroccan fold RS Berkane. The Obuasi-based outfit first played in the Confederation Cup in 2011 when they crashed out in the first round as well.