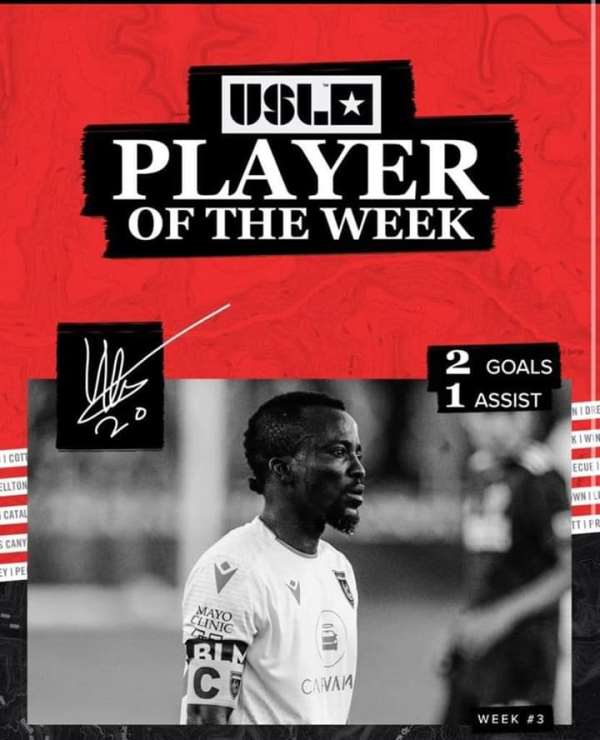 Ghana international Solomon Asante has been adjudged the USL Championship Player of the Week for Week 3 after impressing for his Phoenix Rising FC side against LA Galaxy II over the past weekend.

The diminutive winger looks to have maintained his form from last season even though he has had to stay at home for months as a result of the Coronavirus pandemic.

Last Sunday he started for Phoenix Rising FC in their home game against LA Galaxy II in the United Soccer League.

Not only did Asante assist Junior Flemmings for the team’s opening goal of the game, but he also went on to score a brace to power his side to a 4-0 victory over LA Galaxy II.

Having been rated 9.6 at the end of the match, Solomon Asante has today been named as the USL Championship Player of the Week.

The winger who also makes the ‘Team of the Week’ in the USL has made 2 appearances for Phoenix Rising FC this season and has 3 goals and 3 assists to his name.