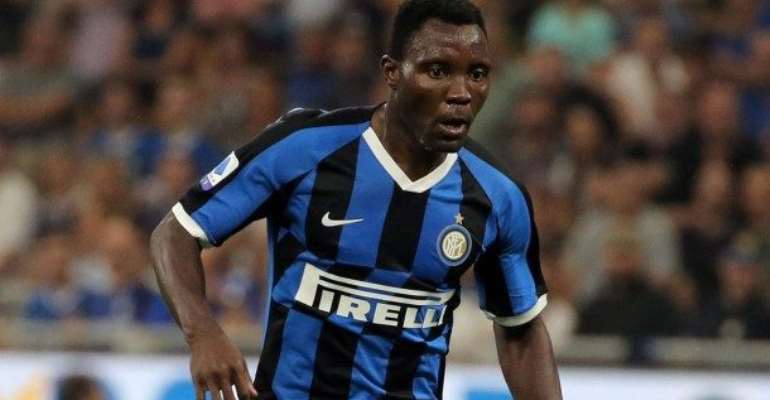 Asamoah, 31, has become surplus to requirement following his return from injury under Antonio Conte.

He has made eight appearances in Serie A this season. Asamoah's last game was in their 0-0 draw with AS Roma in December last year.

And according to the former Hearts of Oak ace, despite his limited games at teh Serie A outfit, Asamoah has a lot to offer.

“For me, I think he still has years ahead of him. So far, he’s done very well for himself but he still has some years in him if he makes up his mind,” Kingston told Goal.

“My only problem is he’s not playing regular football now. That’s my only worry. But if he finds himself a club where he can play week in week out, trust me he still possesses a lot of qualities.

“He plays wing-back or left full-back but sometimes he goes up and you can see he has the eye for assists and sometimes he can also strike.

“It would be good for him to move to a team where he would be able to play in his comfortable position – No.10 or around the box. He can be great and get to the peak that he wants to be.”

“For me, I think Kwadwo Asamoah is a No.10 player, behind the striker because that was where I saw him play from the beginning and he did very well.

“Even when he was with Udinese, he was playing in that position and was doing very well. But sometimes, as a player, if you go to a team and a coach puts you in another position, you have to be a little bit professional.

“No.10 is where he feels comfortable and when you ask him today, he will say the same thing.”

The former Juventus and Udinese Calcio ace is being chased by Galatasary and Fenerbahce this summer.

‘Sputnik-V procurement contract must be re-examined’ – Kwaku...
57 minutes ago

Getting Sputnik-V vaccines from black market using middlemen...
57 minutes ago