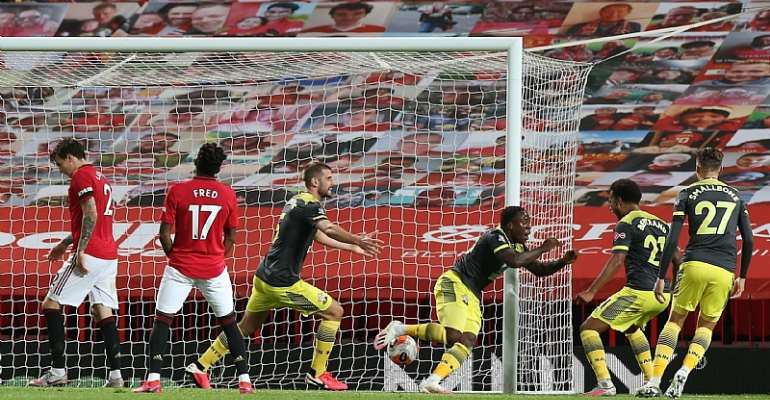 Saints were by far the better side in the opening 20 minutes, barely giving the hosts a moment's rest and defending from the front.

And they were rewarded for their efforts when Danny Ings dispossessed Paul Pogba and found Nathan Redmond, whose cross in turn found Stuart Armstrong six yards out ready to lash home on the half volley.

But five minutes later United kicked into gear, Pogba redeeming himself by picking out Anthony Martial in the box, the Frenchman holding off two defenders before squeezing the ball through for Marcus Rashford to rifle home.

Two minutes later and Ole Gunnar Solskjaer's men had turned it around, with creator-in-chief Bruno Fernandes playing in Martial down the left, who cut inside a helpless Kyle Walker-Peters before rifling past Alex McCarthy.

Saints steadied the ship in the second half and kept themselves in the contest, limiting United to long-distance efforts with Fernandes unable to unlock a disciplined defence.

Rashford should have put the game to bed after a fantastic one-two with Martial in the box but Ryan Bertrand stepped in with a brilliant block to prevent a certain goal. Martial went close himself after a brilliant run, but substitute Will Smallbone just about managed to block his goalbound effort.

But United couldn't quite see it over the line. With substitute Brandon Williams off the pitch injured, James Ward-Prowse whipped in a fantastic corner and Saints substitute Michael Obafemi grabbed the equaliser at the back post.

United stretch their unbeaten run to 18 games, but remain outside the Champions League spots behind Leicester on goal difference.