Medeama Looking To Cash In Big On Justice Blay; Sets $200,000 As Player’s Price 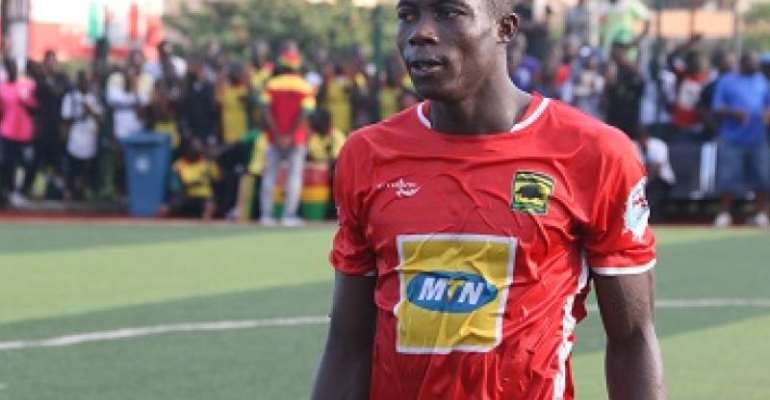 Medeama Sporting Club is reportedly looking to cash in big on Justice Blay after reportedly setting a price tag of $200,000 on the highly-rated midfielder.

The 28-year-old was signed by Kumasi Asante Kotoko in July 2019 on a season-long loan deal to give the side a squad boost ahead of their campaign in CAF inter-club competition.

The highly-rated midfielder had an immediate impact with the Porcupine Warriors as he impressed for the side during their campaign in the CAF Champions League, as well as the CAF Confederations Cup competitions.

With his loan stint ending at the end of June 2020, Justice Blay has officially returned to Medeama SC.

Information being picked up today has revealed that Medeama SC has slapped a fee of $200,000 on the midfielder.

The Tarkwa-based club is aware of the interest from Asante Kotoko and looks like they want to earn enough from his transfer.

As reportedly by Modernghana Sports earlier, the Porcupine Warriors sent a letter to Medeama earlier this year expressing their intent to permanently sign Justice Blay.

With His Royal Majesty Otumfuo Osei Tutu II imposing a year-long ban on the club, it is unclear if the interest is still there.