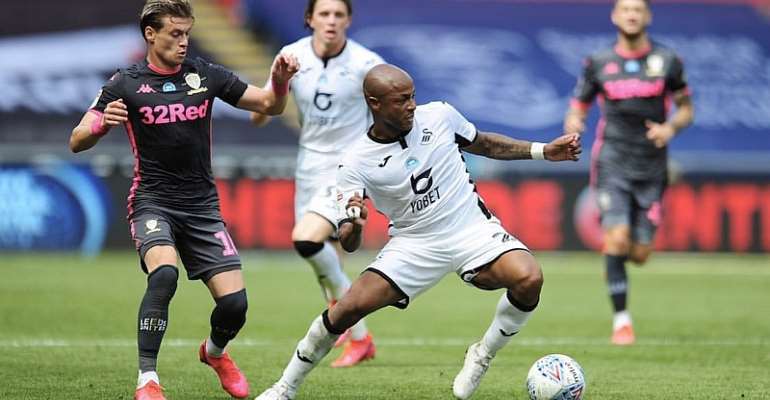 Andre Ayew has charged his Swansea City teammates to keep fighting following their defeat to Leeds United on Sunday.

Substitute Pablo Hernandez decided the game thanks to his 89th-minute effort to silence the Swans at the Liberty Stadium.

The 30-year-old Ghana captain Ayew who was in action from start to finish but his presence could not give his team the desired result has expressed his disappointment over the defeat.

Swansea will play Nottingham Forest away on Wednesday.

The defeat on Sunday leave the Swans at the 7th position 63 points.