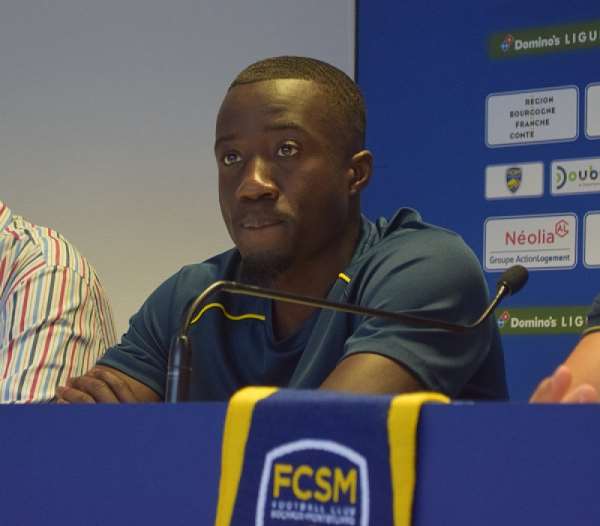 The 26-year-old has been impressive for the Buffaloes after arriving from Olympique Lyon for €1 million with the French Ligue 1 side entitled to 20% cut of an onward transfer.

The likes Southampton, Newcastle, Everton, Atletico Madrid and Real Betis are reported to have been impressed with Owusu’s performance both in the Belgian Jupiler League and Europa League

But according to reports, Gent previously indicated that an Owusu sale in the summer was not considered because they want to compete for titles next season.

But they appear to be lowering their guard and have reportedly set a price tag of €20 million for the defensive midfielder after identifying his potential replacement in Heidenheim’s Niklas Dorsch.

Sevilla boss Lopetegui is keen to strengthen his midfield and has demanded reinforcement as a result of the noticeable loss of Eva Banega this summer.

The Montreuil-born of Ghanaian parentage made 27 league appearances last season for Gent in the Belgian Pro League.

His price tag is pegged at 6million Euros per transfermarkt.

Owusu has a contract with KAA Gent until 2023.
Ghana is still pursuing the former FC Sochaux man at the international stage.

‘Sputnik-V procurement contract must be re-examined’ – Kwaku...
7 minutes ago

Getting Sputnik-V vaccines from black market using middlemen...
7 minutes ago