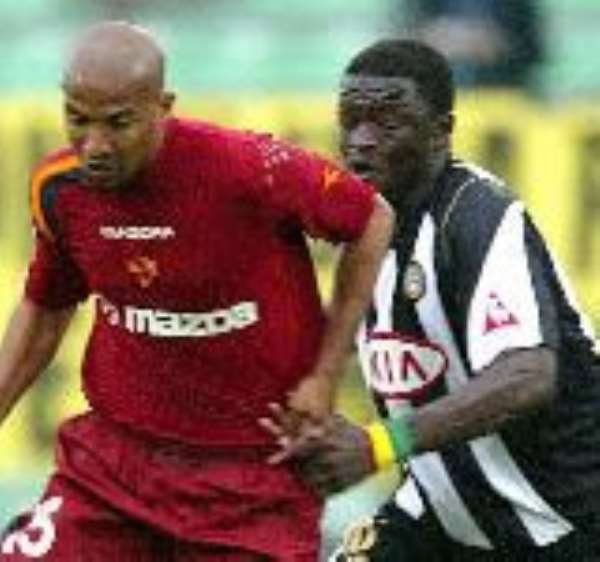 Black Stars midfielder could leave Udinese before the new season starts but his Italian club is demanding $15 million for his transfer.

Portsmouth, Bolton and Manchester United have been linked with Muntari.

Galeone said: "(President Gianpaolo) Pozzo wants to keep him, but if an offer of £15 million arrives, then it would be impossible to hold onto him."

Udinese owner Gianpaolo Pozzo had ruled out the sale of Sulley Muntari.

Muntari impressed at the World Cup finals with Ghana. He had previously expressed an interest in playing in England.

Pozzo is keen to keep hold of Udinese's top stars and has no plans to sell Muntari.

Collins Dauda charged with causing financial loss to the sta...
18 minutes ago