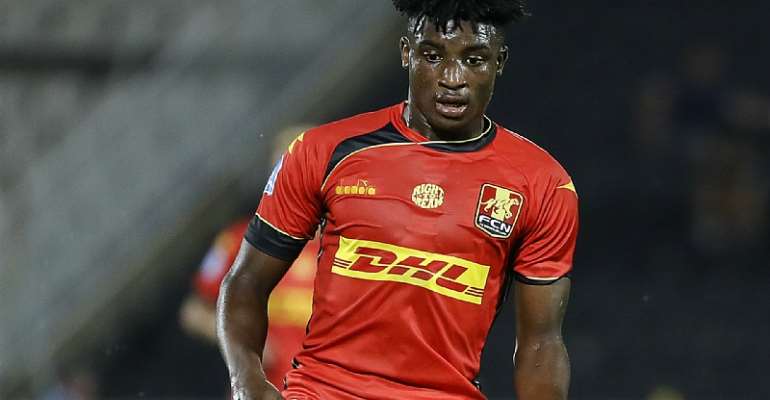 The Sporting Director for FC Nordsjaelland, Jan Laursen has confirmed that there are clubs chasing the signature of highly-rated forward Mohammed Kudus.

The Black Stars asset has been a sensation for the Danish side in the Superliga this season after establishing himself as one of the best attackers in the division.

Since January, there have been speculations in relation to clubs ready to poach the youngster from FC Nordsjaelland.

Speaking in an interview, the Sporting Director of the club Jan Laursen has revealed that indeed there are teams chasing his signature in the upcoming transfer window.

“There have been rumors since he broke through, and we have to deal with that properly. Sometimes we have to give space for players to think about what is going to happen going forward.

“This winter there were clubs knocking, but then the whole world was put on hold with the corona crisis. Now we have started again, and then the door is knocked again”, he told Bold.

Jan Laursen added, “It was in the cards when we extended with Kudus that this season we should see if he could take the next step.

“When you play in FCN, there is a lot of interest and a great focus, but you are not changed until a press release is signed and we are not there”.

Mohammed Kudus, 19, has made 25 appearances for FC Nordsjaelland this season where he has scored 11 goals and provided 1 assist.