I Regret Not Playing For Arsenal - Shilla Illiasu 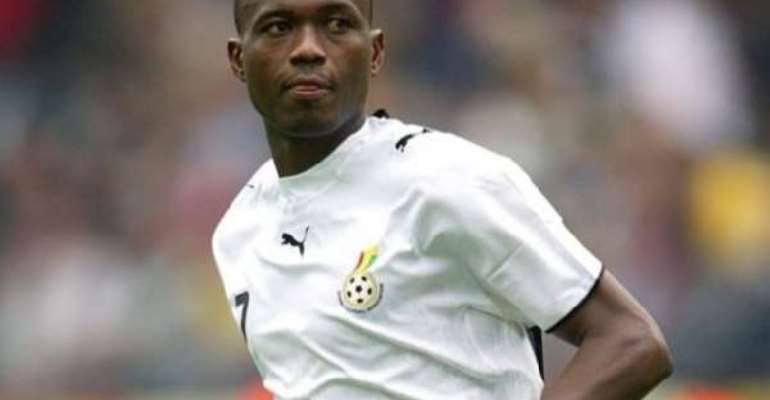 According to him, former manager of the club, Arsene Wenger watched him against the Czech Republic during the 2006 World Cup but missing out on playing the London clubs is something he will regret forever.

“When the opportunity to play for Arsenal came, I was in doubt. I didn’t think my dream was coming to pass. I love Arsenal.” he told TV3.

“After our game against Czech, I was at the hotel when my agent came to me and said ‘Shilla, gradually we are getting close; Arsenal Manager, Arsene Wenger was at the stadium and so, after the tournament you are going to Arsenal for trials’.

“I went to Arsenal for two weeks. I nearly signed a deal. I remember Ghana’s game against Togo in London, I came to the match and saw a journalist and he said ‘Shilla, congratulations you have been given the number 27 jersey to represent Arsenal’. Kolo Touré was there and he also said ‘sign what are you waiting for’ and I told him I was waiting for my agent. If you ask me what really went wrong, I can’t tell. I really regret not signing for Arsenal,” he added.

The centre back was Ghana's squad that played in the country's first World Cup appearance in Germany.

Ghana exited the tournament at the Round of 16.
Illiasu’s career saw him play domestically for Real Tamale United, King Faisal and Kumasi Asante Kotoko.

He also played for Russian side FC Saturn Ramenskoye and Impuls Dilijan in Armenia.

'Pushing for nuclear power in Ghana is wasteful and ill-advi...
9 minutes ago