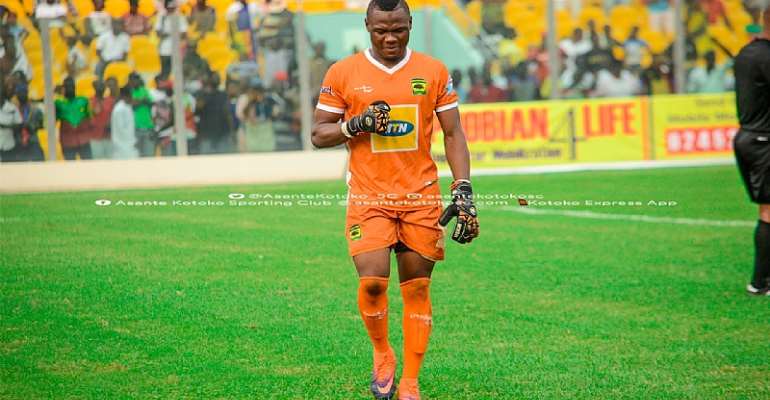 Asante Kotoko goalkeeper, Danlad Ibrahim has revealed the only condition that could influence his decision to their sworn rivals, Hearts of Oak.

The youngster enterprising showstopper is currently on loan at Berekum Chelsea.

Danlad is ranked fourth in the pecking order of goalkeepers. He had been on a fine form for the Blue until the annulment of the 2019/20 season due to coronavirus.

Speaking to Kumasi based Metro FM, the 2017 Fifa U-17 World Cup shot-stopper doesn’t see the Phobians making an approach for his services while contracted to Kotoko.

“There is a rivalry between Kotoko and Hearts so it will be difficult for Hearts of Oak to approach me.

“But I think when I’m no more playing for Kotoko and my service is not needed, then I will opt for Hearts if only they will need my services.”

Transfer business between the two clubs have been minimal. Even when they do, they are characterized by controversies. Cue in, the famous Charles Taylor saga.

In recent past, Hearts have had to sign two goalkeepers – Soulama Abdoulaye (late) and Ernest Sowah – from Kotoko. In both times, the Phobians swooped in to sign the players after they had been declared surplus and left the Porcupines as free agents.