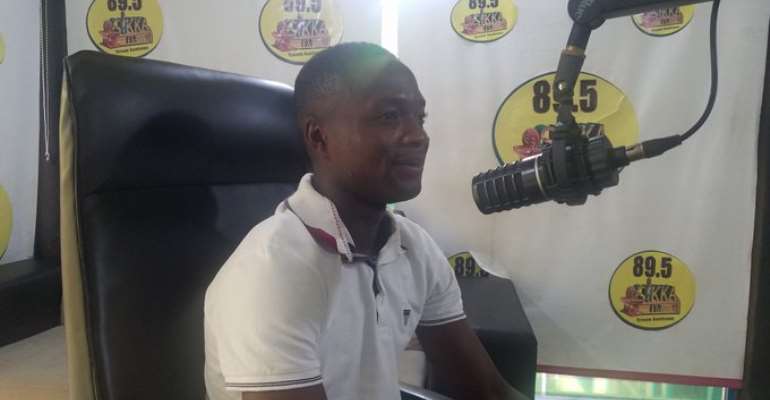 The winger joined the Miners on a three-year deal from Bechem United.

According to him, Chairman of the club, Dr Kweku Frimpong played a huge role in joining the club.

"Dr Kwaku Frimpong asked if I can play for Ashanti Gold and I said yes," he told Kumasi based Sikka FM.

"He (Dr Kwaku Frimpong) is a showman and I promise he will never regret signing me," he added.

According to him, the deal collapsed after the club lose to San Pedro in the Caf Confederations Cup.

"I nearly signed for Asante Kotoko but pressure started mounting on the club after losing to San Pedro in Cote d'Ivoire," he said.

He was named Ghana FA Cup player of the year in 2016 after helping Bechem lift the coveted trophy for the very time in the club's history.

He made 13 appearances for Bechem United on his return from Fuenlabrada last year.

At CF Fuenlabrada, he netted three goals in 31 matches before he was loaned out to lower-tier side Burgos CF where he scored twice in 20 appearances.

Annor is expected to play an essential role for the Miners in the Ghana Premier League and CAF Confederation Cup next season.

The former Ghana U17 player has been in the books of the Porcupine Warriors for some time now but has ended up in Obuasi where he will plying his trade for the next three years.