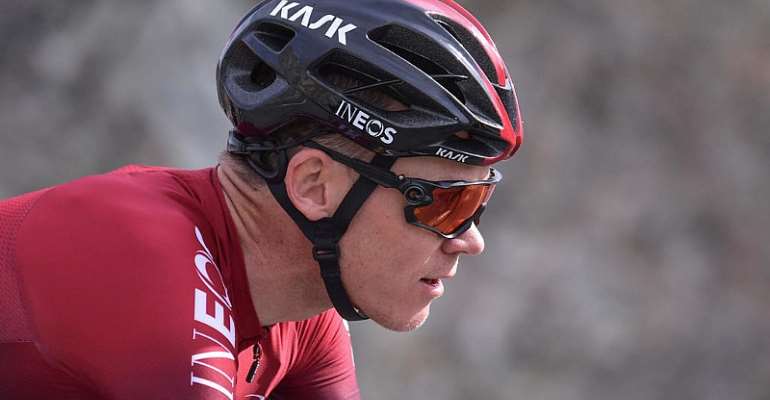 Froome, 35, claimed cycling's most prestigious crown for the first time in 2013. After losing out to Italy's Vincenzo Nibali the following year, Froome regained the Tour de France title in 2015 and won the following two years for Team Sky.

Though the Team Sky leader in 2018, he eventually had to play back-up as Geraint Thomas swept to glory.

After Team Sky was disbanded to emerge as Team Ineos, Froome missed the 2019 race due to injury. The Colombian Egan Bernal won that year's tour and will be among the favourites for the 2020 edition in August.

"Chris's current contract comes to an end in December and we have taken the decision now not to renew it," Brailsford added. "We are making this announcement earlier than would usually be the case to put an end to recent speculation and allow the team to focus on the season ahead."

Froome joined Team Sky in 2009 and was among the group of riders that helped Bradley Wiggins to the 2012 Tour de France crown. He also won the Vuelta d'Espana and the Giro d'Italia wearing the Team Sky colours.

"It has been a phenomenal decade with the team,” Froome said. “We have achieved so much together and I will always treasure the memories."

Challenges
Israel Start-Up Nation (ISN), which is backed by the Israeli-Canadian property developer Sylvan Adams, has splashed out on the new team with star signings such as Ireland's Dan Martin and Britain's former hour record holder Alex Dowsett.

However, Froome's signature as a leader and potential mentor is a coup.

“I'm really excited to be joining the ISN family," Froome said. "I look forward to challenging and being challenged by their talent and continuing to strive for the success that I've enjoyed up to now."

But before joining his new teammates, Froome said he had some unfinished business on the roads and ranges of rural France.

"I look forward to exciting new challenges as I move into the next phase of my career but in the meantime my focus is on winning a fifth Tour de France with Team Ineos."

Such a success will draw him level with the cycling's legends Eddy Merckx, Jacques Anquetil, Bernard Hinault and Miguel Indurain.

This year's Tour de France should have started on 27 June and finished on 19 July. But it was postponed because of the coronavirus pandemic. It will begin  on 29 August in Nice and culminate in Paris on 20 September.