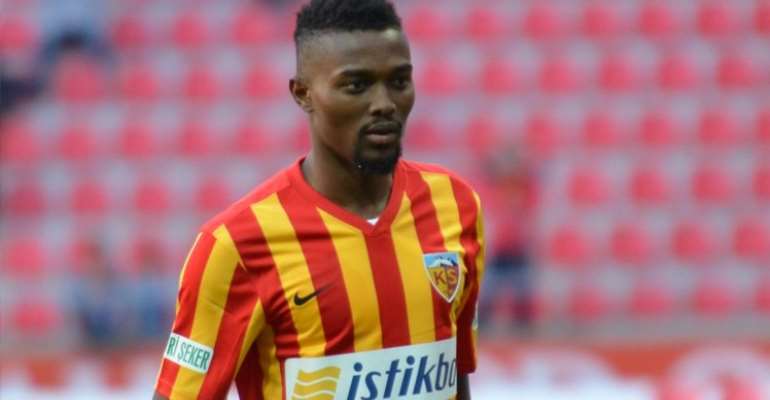 Kayserispor President Berna Gözbasi has confirmed that he has held talks with officials of Besiktas over the possible sale of Ghanaian star, Bernard Mensah this summer.

The 27-year-old midfielder has been a key player for his side in the Turkish League this season after scoring five goals and providing eight assists. He has since caught the eyes of the big teams in the country.

Kayserispor revealed that she has started negotiations with Besiktas but will keep mute on it until the season ends.

"We met with Besiktas on Mensah. I do not want to say anything about the result before the league ends." Gozbasi told Haber7.

Galatasaray, Fenerbahce and Trabzonspor all interested in the service of Bernard Mensah.

He has previously played for Vitoria Guimaraes, Atletico Madrid, Getafe, as well as Kasimpasa before moving Kayserispor.

Currently, Kayserispor are yet to pay his €3.5 million transfer fee to Atletico, but a move to Besiktas for €7 million looks a profitable transaction.

On the international scene, the midfielder made his debut for Ghana in a friendly game against Togo on June 8, 2015, at the Accra Sports Stadium and scored the only goal of the game.