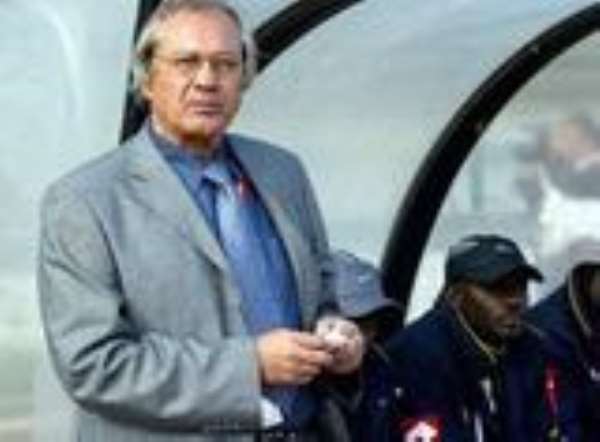 The Ghana Football Association has accepted the resignation of Ratomir Dujkovic as coach of the senior national team, the Black Stars.

A statement on the FA's website stated that an eight-member search committee to be chaired by the President of the FA, Kwesi Nyantakyi have been charged to find a replacement for Ratomir Dujkovic within a two-month period.

The FA also says the financial details with regard to the abrogation of the contract by Ratomir Dujkovic are being worked out.

The Ghana Football Association has also confirmed that former assistant coach, Sellas Tetteh would act as the head coach of the Black Stars until a substantive coach is appointed.

Ratomir Dujkovic resigned his post as Black Stars coach after guiding Ghana to the second round at the World Cup.

The Serbian cited his health as the reason for his action.

"This decision has become necessary due to my health situation," Dujkovic said in his letter.

Dujkovic qualified the Black Stars to their first World Cup and led the team to the second round of the competition.

Officials of the Ghana Football Association and Ratomir Dujkovic had been locked up in series of meetings aimed at extending the coach's contract until 2008.