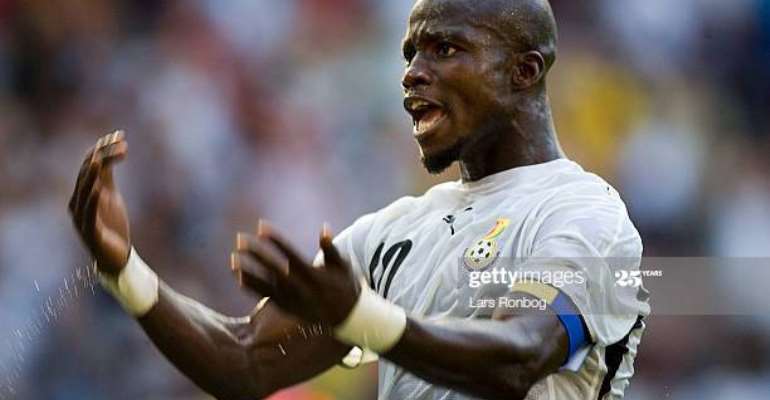 Former Ghana right-back, John Paintsil has lauded the leadership qualities of Stephen Appiah, particularly, for the way in which he handled his brief at the 2010 World Cup.

Appiah was a kingpin of the team and played a key role in Ghana qualification to the Mundial for the second time in the history of the country.

However, he was axed to the bench by the then head coach of the side, Milovan Rejevac.

Paintsil, a former Fulham and West Ham United defender in an interview with Goal recounted Appiah's impact in South Africa and praised him for the role he played in that run to the quarter-finals.

“In our captain Stephen Appiah, we had a very instrumental leader,” Paintsil said. “He was a senior figure and was motivating all of us.

“He played a really good role, and even though he was coming [into games] from the bench, he didn’t show any sign that looked like he was a bit angry or upset or disappointed not to be starting as team captain.”

With Rajevac opting to use Appiah from the bench, John Mensah wore the armband for Ghana’s first and last group-stage games, with Richard Kingson taking the captaincy for the second match—the draw against Australia.

“[Appiah] was always there, talking to us, and telling us to do well,” Paintsil continued, “and when he got his [playing] time, 10 minutes, 15 minutes, 20 minutes, he was the best.

“This is the kind of leader you can always count on, he could have just come and said: ‘I was captain in 2006 but now I’m not starting,’ but he didn’t say such a thing.

Despite not starting a single game in South Africa, Appiah nonetheless played an important role for Ghana as they became only the third team to reach the quarter-finals for the first time.

He was introduced from the bench in the opening victory against Serbia, and also entered late on against the United States—in the Round of 16—and against Uruguay in the quarter-final, as Ghana’s adventure ended on penalties.

That dramatic elimination represented the end of Appiah’s international career, as the former Juventus man was never called by the Black Stars again, and ended his Ghana tenure on 67 appearances.