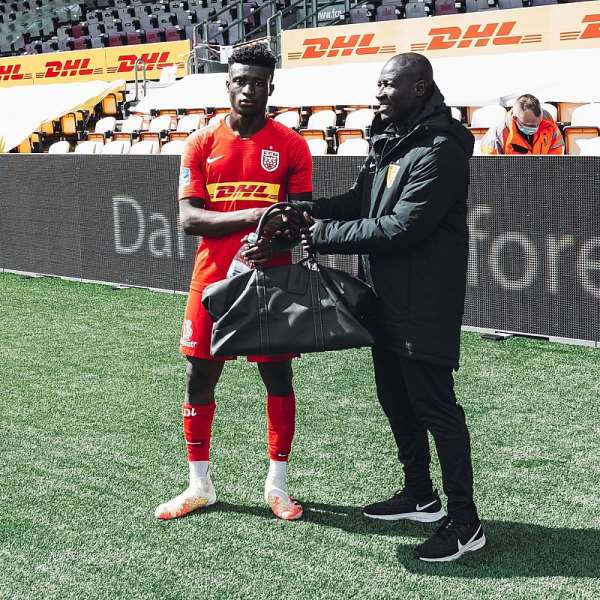 Ghana international Mohammed Kudus has been named the Man of the Match today following his eye-catching performance for FC Nordsjaelland in their defeat against FC Midtjylland.

Having established himself as the poster boy of the team, the winger earned another starting role today to try and help the Wild Tigers look for a win against their Matchday 31 opponent at the Right to Dream Park.

Unfortunately for Mohammed Kudus and his FC Nordsjaelland side, they had to succumb to a 1-0 defeat at the end of the 90 minutes with Erik Sviatchenko finding the back of the net for FC Midtjylland after he was assisted by Anders Dreyer in the second half.

Despite the defeat, the impressive displays by the Black Stars asset have seen him bagging the Man of the Match award.

He proved to be a threat to the opponent throughout the game with his forward runs and direct attacking plays attracting a lot of applause.

On the Matchday, Isaac Atanga, Kamaldeen Sulemana, Abdul Mumin, and Ibrahim Sadiq had the chance to enjoy minutes while featuring for FC Nordsjaelland.

Desist from faking kidnapping to avoid imprisonment – Police...
27 minutes ago