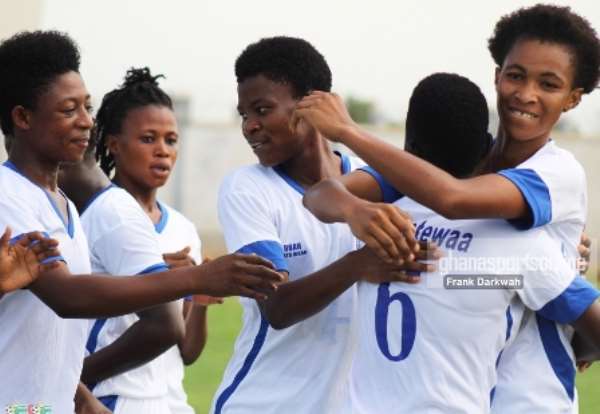 The Chairperson of the Women’s Premier League Management Committee, Mrs. Hilary Boaten has expressed delight to news of players receiving a monthly allowance from the Youth Employment Agency (YEA) as she stresses that it is a big deal.

In the midst of the Coronavirus (Covid-19) crisis, the Ghana Football Association (GFA) has reached an agreement with the YEA to enroll a total of 480 players from the Women’s Premier League on a GHS500 monthly allowance for the next 6 months.

“The Ghana Football Association (GFA) has reached a consensus to enroll players in the Women’s Premier League on the YEA program. Four Hundred and Eighty (480) players will be paid Five Hundred Cedis (500 Cedis) as monthly allowance for the next six (6) months beginning from July 2020”, the football governing body confirmed on Thursday.

Reacting to the news, Mrs. Hilary Boaten has thanked the Ghana FA and the YEA for thinking about the welfare of women players in the country.

“Thirty (30) players being registered on the Youth Employment Agency (YEA) and getting allowances at the end of the month is a big deal for most of our clubs, especially when financially it’s difficult to pay some of the girls now”, she told the communications department of the GFA.

The Women’s Premier League chair added, “We are talking about 30 players for each of the 16 clubs making about 480 players that are going to be put on the salary.

“We are much grateful to the Youth Employment Agency and the Ghana Football Association for this initiative and we pray it could be renewed after the initial six-month duration”.