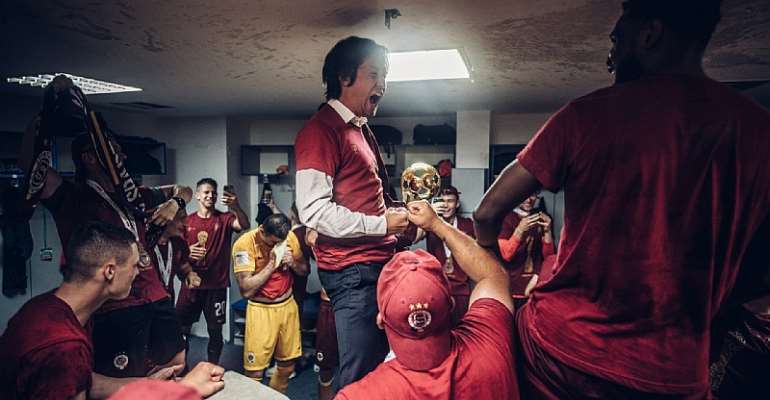 Ghana u-23 forward, Benjamin Tetteh has celebrated Cup triumph with his AC Sparta Prague side after featuring in the final game of the MOL Cup against Slovan Liberec.

In a highly-anticipated encounter between the two sides at the Stadion U Nisy, it was all fireworks and excitement with some very good attacking play.

Though Benjamin Tetteh did not start the match, he came in on the 62nd minute to replace attacker Libor Kozák.

Just 3 minutes after coming on, he made an impact by playing a part in the play leading to Sparta Prague finding the back of the net.

That equalizer scored by David Moberg Karlsson drew level for the team as it canceled Jakub Pesek’s striker which had earlier handed Slovan Liberec the lead.

A pulsating encounter ensued from there on but it was Sparta Prague that had the last laugh at the end of the 90 minutes. A good penalty converted by Guelor Kanga on the 73rd minute guided the team to a 2-1 win as they lifted the MOL Cup.

Throughout the MOL Cup campaign, Benjamin Tetteh made 3 appearances where he scored 1 goal in the process.

Check out pictures of the celebrations below: